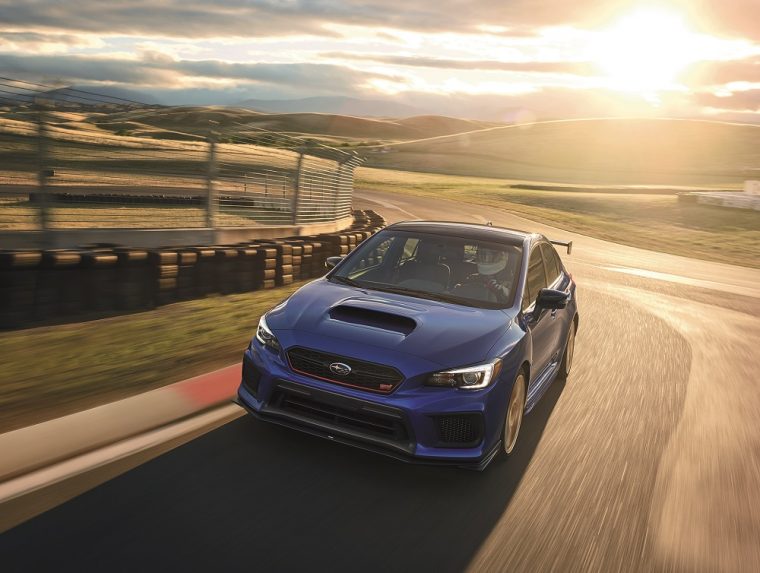 Although Subaru is known for appealing to a more environmentally-minded audience, the auto manufacturer’s two latest performance models were designed with driving enthusiasts kept in mind. The 2018 Subaru WRX STI Type RA and 2018 Subaru BRZ tS are both performance focused derivatives that will be available at Subaru retailers in early 2018. However, because the models are considered “limited edition,” there will only be 500 units per vehicle released.

The WRX STI Type RA is powered by a 2.5-liter turbocharged Boxer engine that helps in delivering increased performance. Each limited edition model comes with a carbon fiber roof panel and pedestal wing, as well as lightweight forged alloy wheels and a six-speed transmission. Those updates allow for the WRX STI Type RA to have a faster acceleration that will surely give drivers a smoother feel to their ride.

Check it out: See what the Subaru WRX has to offer

Aesthetically, the WRX STI Type RA boasts an exclusive Cherry Blossom Red accent featured around the front mesh grille and rear bumper cover, along with Recaro® performance design front seats decked out with red bolsters and red stitching. The steering wheel is also given an upgrade by way of Ultrasuede®, which completely engulfs the wheel, allowing you to have a better and more comfortable grip while driving. Lastly, for a little personalized effect, each of the 500 WRX STI Type RA sold will come with an individually numbered plaque that will be mounted on the center console.

The enhanced WRX model comes with the “RA” attached to the end of its name, which stands for “Record Attempt.” Over the years, various other Subaru performance models have been given the designation, which is a nod to when a competition version of the Subaru Legacy broke the FIA World Speed Endurance Record in 1989 by clocking over 62,000 miles in 18 days, while also setting a top speed record of 138 mph. In hopes of keeping tradition alive, a special race model WRX STI Type RA NBR Special will attempt a Nürburgring speed record this summer. 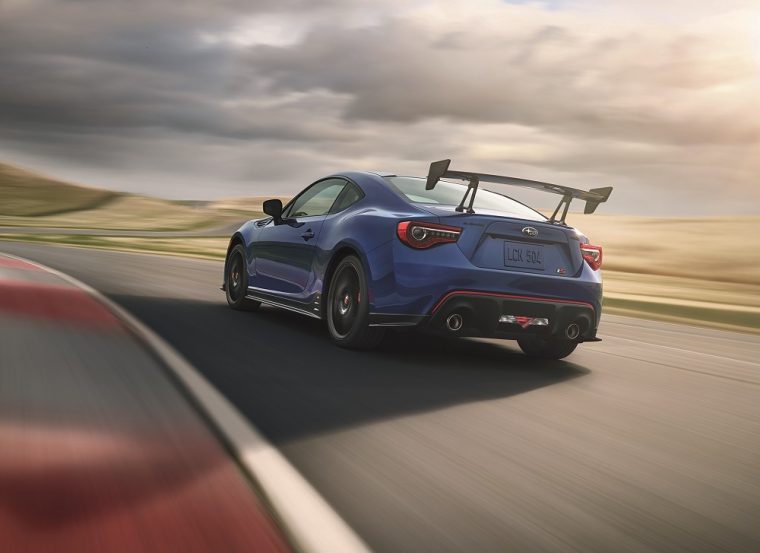 The 2018 BRZ tS is equipped with an exclusive STI rear carbon fiber spoiler.

The 2018 BRZ tS plays up some of the already well-known features of the standard BRZ, such as the precision handling and ultra-low center of gravity, by adding STI-tuned front and rear SACHS® dampers and coil springs, along with flexible V-braces around the engine.

Subaru describes the new performance model as being “fun to drive” and a “pure handling delight,” as a result of the vehicle’s greater flexibility, stability and better control. The car is also pretty snazzy to look at, due to the black leather and Alcantara® upholstery that adorns the cabin and the red stitching and accenting throughout that matches the red seat belts and leather bolsters featured on the front seats. The exterior also emphasizes the “red” theme, with the Cherry Blossom Red accent around the front grille and rear bumper cover that the WRX STI Type RA also sports.

Under the hood: Take a peek at what the Subaru BRZ’s engine can do and more

Interested drivers should keep their eyes out for more exact specifications and pricing that will be announced later in the year. In the meantime, you can start figuring out which of the two new models you prefer, and, more importantly, which of the three color options suits you best: Blue Pearl, Crystal Black Silica, or Crystal White Pearl.