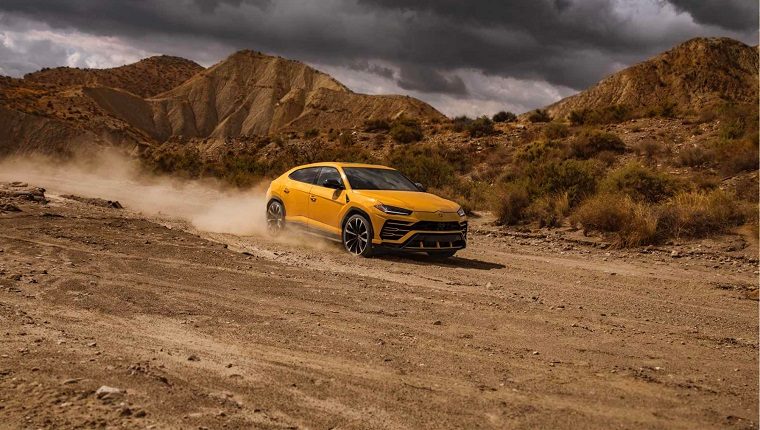 Last year, Lamborghini gave in to the world’s craze for large vehicles by debuting the Urus SUV—and if you thought that it wouldn’t be successful because people who buy Lamborghinis aren’t looking for larger, slower, less agile versions of the exotic supercars also sold by the Italian company, you’d be wrong.

In fact, “wrong” might not just be enough. According to Stefano Domenicali, CEO of Lamborghini and former team principal of Formula One’s Scuderia Ferrari, sales of the Urus have so far been “terrific” and have exceeded his best hopes. What’s more, though the vehicle starts at $200,000, Domenicali says it usually sells for $240,000 or more with options.

Speaking to CNBC, he also stated that 70% of the SUV’s buyers were new to the brand and that the company saw a surge in female buyers. Moreover, the Urus is selling well in Russia and “other markets with bad roads” that made it difficult for Lamborghini to sell its supercars.

Sales are so promising that the Italian brand expects to end 2018 having produced 5,000 cars, 1,000 of which will have been the Urus, and that this will grow to 8,000 cars produced in 2019 with the SUV account for fully half of these. That’s right: within less than two years, half of all new Lamborghinis sold will be SUVs.

Ultimately, this is no surprise. We predicted this would happen when we originally announced the Urus, and we’ve had plenty of examples to refer to of other luxury manufacturers, such as Porsche and Maserati, deciding to make SUVs despite being known for exotic coupes.

What happens in these cases is that these brands suddenly make a whole lot more money than before and invest in making even better exotic coupes for the few people—and clearly, those few are well outnumbered—who care about cars that are actually nice to drive.