The 2017 Lincoln Continental is Here, and It’s Just So Fancy

After a long wait, and even a few pretenders to the throne, the Lincoln Continental has returned.

This morning, Lincoln revealed the 2017 Continental at the 2016 North American International Auto Show, promising to bring first-class-quality for customers in America and China this coming fall.

“The Continental name has long been associated with the ultimate in Lincoln beauty and luxury,” said Kumar Galhotra, president of Lincoln. “With the all-new model, we are focusing on creating more human, personally tailored experiences for our clients – providing what we call quiet luxury.”

The Continental bears a number of the aesthetic hallmarks of the Continental Concept that debuted last April, including the new signature grille that will also feature on the 2017 Lincoln MKZ. The new Continental will boast brand-exclusive sequence lighting that will see LED signature lighting in the headlamps, taillamps, and front fascia come to life upon approach. 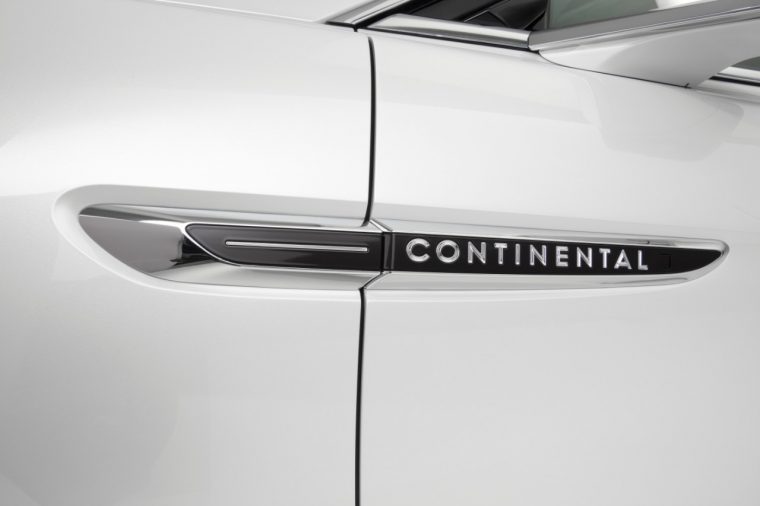 The Continental will feature new E-latch integrated door release handles that pop out with a button press. A panoramic sunroof is also available to complete the luxurious aesthetic. On the inside, Lincoln’s Perfect Position Seats offer 30-way adjustability for supreme comfort, and available Revel® Ultima Audio offers three unique listening settings: Stereo, Audience, and On Stage. Whole thing is pretty fancy, really. Because, you know, it’s a Lincoln Continental.

The new Continental is powered by the all-new 3.0-liter twin turbocharged V6 that is expected to generate 400 horsepower and 400 lb-ft of torque. Lincoln Drive Control will ensure the most of that power with three available drive settings: comfort, normal, and sport. The Continental will be offered in AWD, which will leverage Ford’s Dynamic Torque Vectoring technology. Other features include available adaptive steering, available adaptive cruise control, and the same 360-degree camera system as that seen on the 2016 MKX.

The new 2017 Lincoln Continental should be rolling off the line in Dearborn this fall. Stay tuned for more details, including coverage of the inevitable Matthew McConaughey commercial.