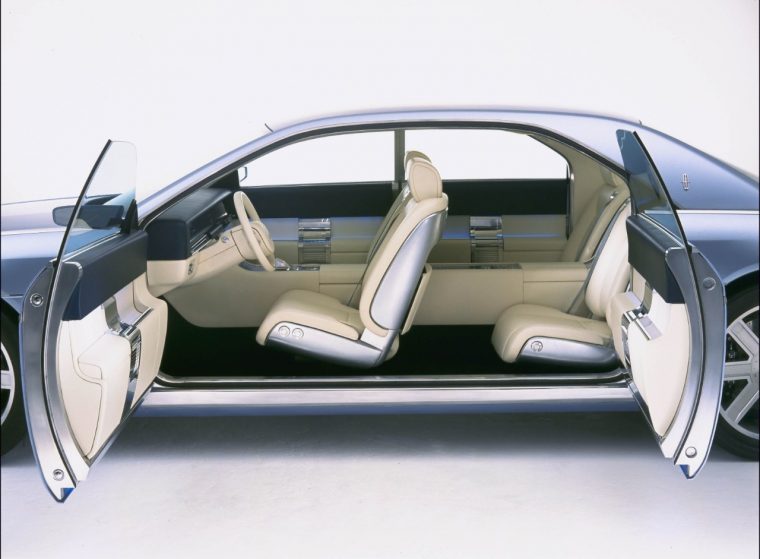 It was suggested earlier this month that Ford might already be looking into terminating the new Lincoln Continental sedan at the end of its lifespan. The culprit here would be stalling sales, which are down 30% thus far in 2018. Apparently, an idea Lincoln has to stave off the Continental’s second demise and reinvigorate sales is to add suicide doors. So, that’s a thing.

More on the Continental: 2018 Lincoln Continental is the a luxurious, powerful, stylish sedan

This past Saturday at the 2018 National Automobile Dealers Association Convention and Expo, Lincoln revealed a photo of a Continental with rear-hinged suicide doors and confirmed plans to bring it to market. While this was confirmed to Automotive News by several dealers attending the meeting, Lincoln would not confirm plans for a suicide door-equipped Continental.

“Continental is an important part of the Lincoln family,” a Lincoln spokeswoman said. “We have nothing to announce today relative to any future products plans.”

It is reported that dealers attending Lincoln’s 2018 NADA meeting were also given a preview of the upcoming Aviator crossover ahead of its New York Auto Show debut, and that new Lincoln Chief Marketing Officer Joy Falotico confirmed the arrival of an additional new SUV by 2020 and four new Lincoln vehicles thereafter.