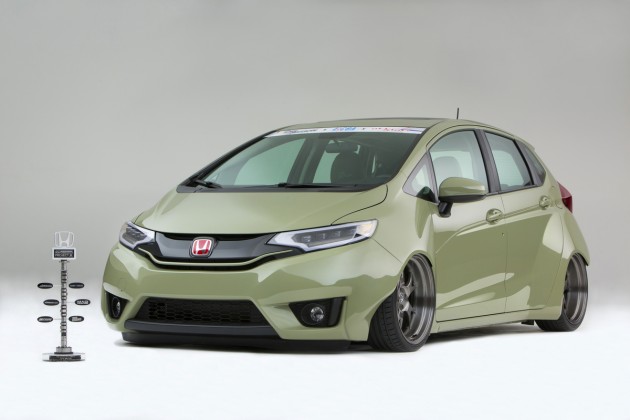 The Kylie Tjin Edition 2015 Honda Fit, next to the “Fan Favorite’ trophy it won in the Honda Fit SEMA Project

Over the past couple months, six build teams have been competing with one another in the Honda Fit SEMA Project; each group customizing their own 2015 Honda Fits as they see fit (pun intended). Their progress was tracked on Honda’s Tumblr account, with the hashtag #ProjectFit, and users voted for their favorite modified Fit by liking and reblogging the photos, videos, and gifs that each team uploaded to hondaloves.tumblr.com. And although it was a little overshadowed by the news concerning those other election results that were reported on November 4th, it was announced on Tuesday that the Tjin Edition 2015 Honda Fit had been voted the “Fan Favorite” entry in the 2015 Fit Performance Project. 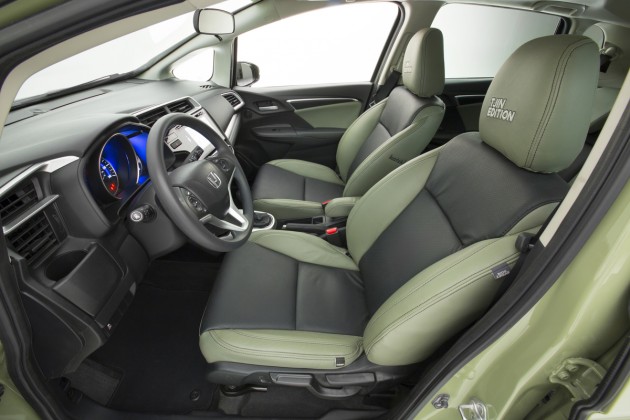 The interior of the Kylie Tjin Special Edition 2015 Honda Fit

Tjin Edition beat out five other build teams, including Bisimoto Engineering; Kontrabrands; MAD Industries; Spoon Sports USA; and Kenny Vinces. All six customized Fits are currently on display at the 2014 SEMA Show in Las Vegas, Nevada, and can be seen here. Joining them are three other personalized Fit vehicles, including a Fit B-spec race car from Honda’s North American racing company, Honda Performance Development (HPD); a Fit fully-loaded with Honda Genuine Accessories; and an additional Fit from Bisimoto, modified on behalf of Norm Reeves Honda, a dealership in Cerritos, California. 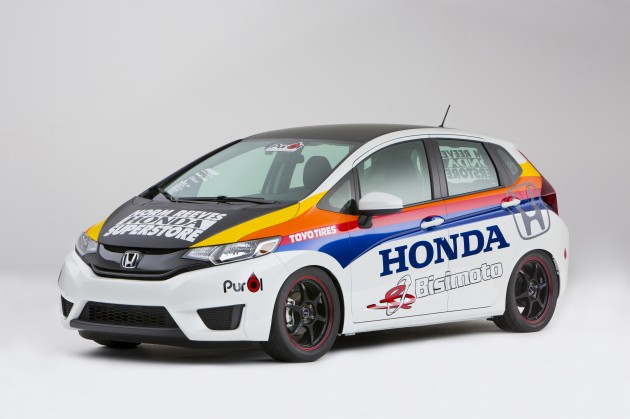 The all-new 2015 Honda Fit also won the SEMA Award for “Hottest Sport Compact” when the event opened earlier this week.

“The 2015 Fit is a worthy addition to Honda’s strong heritage of developing tuned sport compact vehicles, and it wears the mantle of ‘Hottest Sport Compact’ well,” said Jeff Conrad, SVP & General Manager of Honda Division. “Fun to drive, versatile, and a great value, the new Fit does so many things right, and it’s great to see it becoming a popular platform for owner personalization.”