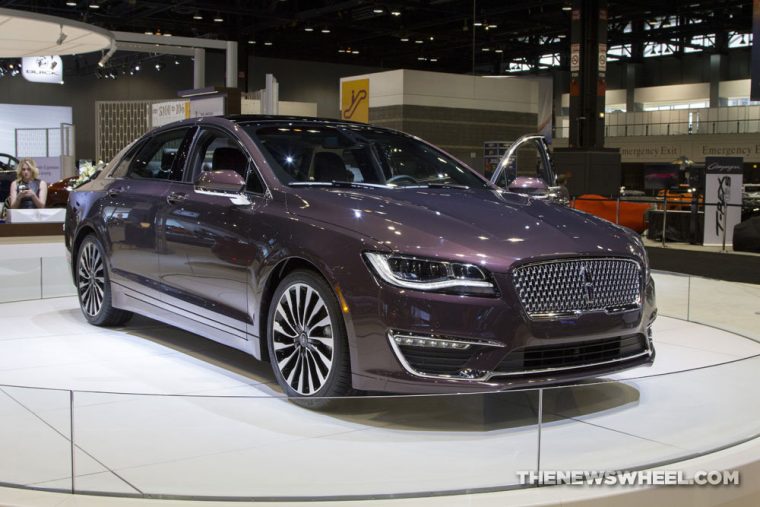 Nearly two months after its platform-mate, the 2017 Ford Fusion, was able to earn Top Safety Pick+ honors from the IIHS, the 2017 Lincoln MKZ followed suit and picked up the same prestigious award for itself.

Like the Fusion, the new Lincoln MKZ comes with a modified front end and bumper that helped it achieve a “good” rating in the small overlap test. Prior to the alterations made to its front fascia, the MKZ was only able to achieve an “acceptable” rating in the small overlap test, which is meant to replicate how a vehicle would react if the front corner of the car hit an object like a utility pole or tree.

In addition to its high marks in the small overlap test, the 2017 Lincoln MKZ also excelled in the roof strength, side-impact, head restraint, and moderate overlaps tests. Moreover, thanks to it optional front crash prevention technology; the MKZ was able to earn a “superior” rating from the IIHS, which sealed the MKZ’s status as a Top Safety Pick+.

When equipped with the optional front crash prevention system, the 2017 Lincoln MKZ evaded collisions at speeds of 12 mph and 25 mph in tests performed by the IIHS.

Standard safety features for the new Lincoln MKZ include stability and traction control, as well as antilock brakes. The MKZ also offers advanced safety equipment such as a lane-keeping assist, a blind spot information system with cross-traffic alert, and pre-collision assist with pedestrian detection.

The 2017 Lincoln MKZ is currently available at Lincoln dealerships. The luxury sedan carries a starting MSRP of $35,010.