Toyota and St. Bernard Project to Strengthen US Disaster Resilience

In the 10 years since Hurricane Katrina hit the Gulf Coast, numerous organizations have been working to rebuild homes in hard-hit New Orleans, Louisiana. One organization, the St. Bernard Project (SBP), was founded in 2006 in the wake of Katrina, and has rebuilt more homes than any other nonprofit, thanks largely in part to a partnership between the organization, Toyota, and AmeriCorps. Now, Toyota and SBP are expanding that partnership to help strengthen the US’ resilience to natural disasters such as hurricanes, tornadoes, and earthquakes. 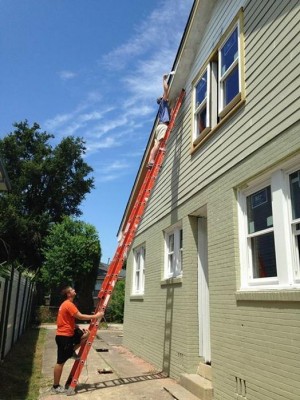 The St. Bernard Project has rebuilt homes all over the country following natural disasters

As part of the ongoing partnership, Toyota has shared its Toyota Production System (TPS), which helped SBP cut the time it took to rebuild a house to just 62 days—half the time of what it had been taking the organization, and at half the cost. Toyota has shared TPS with multiple nonprofits over the years in order to help streamline their processes and make them more efficient.

The partnership expansion includes Toyota’s funding of the non-federal portion of SBP’s national AmeriCorps program for three years. This funding will help pay for training 140 members in how to use TPS so that they can help the organization better identify and solve problems. The hope is that this training will help strengthen the country’s natural disaster response system, leaving fewer people displaced following natural disasters.