Toyota Camatte Concept Caters to Kids (Both Big and Small) 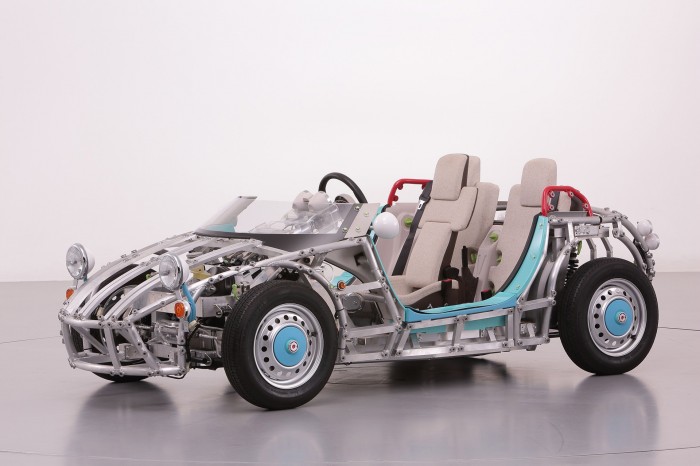 Earlier this month at the Tokyo Toy Show, Toyota captured the attention of attendees with the new and improved Toyota Camatte concept—a full-size vehicle that allows kids to share the joy of driving that they (hopefully) see whenever their parents are behind the wheel. This Camatte is the third of its kind; the first one having been shown originally at the 2012 Tokyo Toy Show. Last year, the Camatte made a cameo as a sporty roadster, and this year it’s back and better than ever.

Toyota’s booth, named the Camatte Lab, was divided into two sections: Tech Lab, and Design Lab. The Tech Lab displayed the car’s innards so that visitors could get an idea of how this remarkable vehicle works. The Design Lab is more hands-on, allowing guests to customize the vehicle to their own liking by displaying their own original digital drawings through LED lights on the Camatte’s hood.

The name “Camatte” comes from the Japanese word for “caring,” and Toyota chose this name for the concept vehicle to signify both “caring for others,” and “caring for cars.” Each Toyota Camatte Concept has been highly customizable to allow each member of the family to add his or her own personal touch to the design of the car, truly adding an element of fun to something kids might typically think of as dull.

There are no plans to put the Toyota Camatte concept into production, but we’ll keep hoping that some of the design elements and ideas will make it into a future Toyota production vehicle!