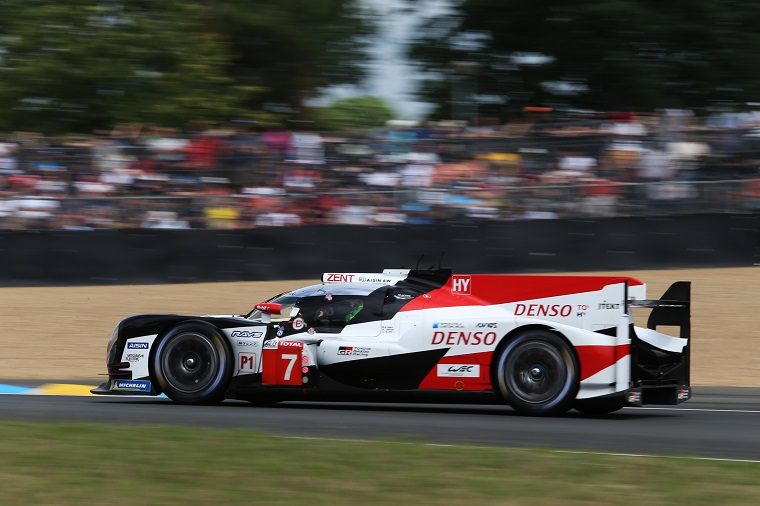 Toyota Gazoo Racing comfortably swept the front row during 24 Hours of Le Mans qualifying, reinforcing the belief that the team will have an easy time in the race barring any reliability problems.

The closest anyone managed to get was the #1 Rebellion Racing LMP1 car, which was 4.072 seconds behind the pole position time. But when asked about the TS050 Hybrid’s dominance, Bykolles Racing Team’s Tom Dillmann, who qualified eighth, said he thought Toyota could have done even better.

“They are cruising. The track is fast, LMP2 and GTE Pro are both faster than last year,” the Frenchman said, bringing attention to the fact that Toyota’s pole position lap was still more than a second off the record-breaking time it set last year.

“I saw the on-board and honestly, they are not using the curb much… I think they can do a 3:14 easily. It’s cool conditions, it’s good rubber, I think they are just doing a pace they can be sure are reliable.”

Car Buying Tip: What are the difference between new, used, and certified?

Thomas Laurent, one of the drivers for the #3 Rebellion car, shared the sentiment, stating that he believed Toyota could go a lot faster. “They are not really pushing. They did the same lap as they did in practice. They can do the same lap times as last, or even quicker.”

We’re inclined to believe their suspicions, as it’s likely that Toyota is adhering to the classic motorsport adage that “to finish first, you first have to finish” (or, alternatively, to three-time F1 champion Niki Lauda’s advice that “the secret is to win going as slowly as possible.”)

Essentially, it’s the strategy that saw Mercedes cement its advantage from 2014 to 2016 in F1: its engine advantage was such that it never needed to use its full capacity, thus greatly improving reliability.