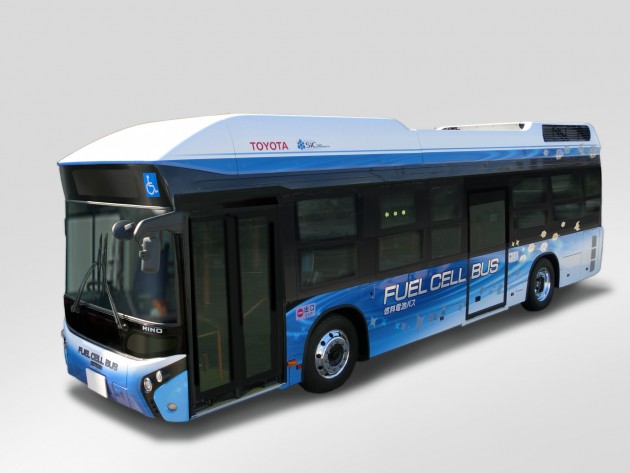 The Toyota fuel cell bus has begun testing in Tokyo

Earlier this year, Toyota and Hino Motors began to operate their joint-project hydrogen fuel cell-powered bus in Toyota City, Japan. Using the same fuel cell system as the one found in the 2016 Toyota Mirai—except on a much larger scale—the fuel cell bus has been making three daily round-trips since January, and was even used as a shuttle during World Environment Week. Now, due to the success of the bus, Toyota and Hino will begin the next stage of testing with the aim of making zero-emissions buses more mainstream.

The testing began in Tokyo on July 24th and will run until July 30th. Toyota hopes that the testing will help determine the feasibility of introducing the fuel cell bus to market relatively soon. Not only will the testing show how practical the bus would be in real-life situations, but also help Toyota evaluate the efficacy of the external power supply system to help power buildings during widespread natural disasters.

If the testing goes well, Toyota could introduce a fleet of fuel cell buses sooner rather than later into major metropolitan areas. Watch this space for more news!