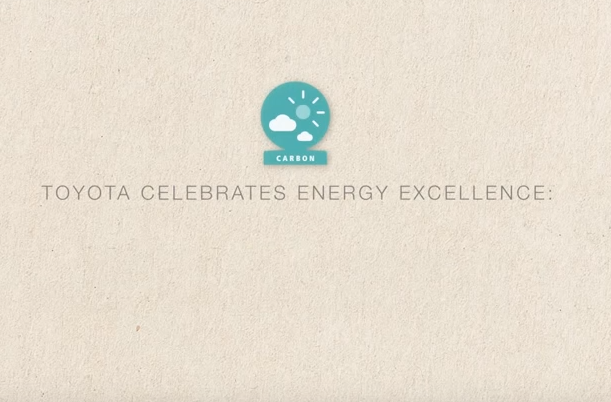 Toyota has always been concerned with reducing its carbon footprint—whether it’s via revolutionary vehicles like the Prius and Mirai, or through initiatives like recycling and preserving natural resources. So it’s no surprise that the automaker has been named an ENERGY STAR Partner of the Year for the 11th consecutive year.

“Through our team members’ efforts and outstanding collaboration, we have minimized our environmental footprint in communities where we assemble vehicles, engines and parts,” explained Robin Haugen, general manager of Toyota’s Plant and Environmental Engineering Group. “While there’s always room for improvement, achieving energy efficiency demonstrates that good ideas have helped us become environmentally responsible while making a significant impact to our bottom line.”

The numbers are impressive. Since 2002, Toyota has managed to save 14 billion kWh of energy. Sounds like a lot, right? That’s enough to power approximately 800,000 American homes in Chicago for a year. To put it in other terms, Toyota has saved the carbon equivalent of planting close to 250 million trees.

In order to make these savings, Toyota has implemented a variety of systems. In Texas and Mississippi, the automaker modified its chilled water systems used in HVAC units to cool air. Additionally, Toyota installed LED lights at its Portland Parts Distribution Center and its Princeton, Indiana Vehicle Distribution Center. Finally, the automaker recently announced it has started to generate power for its Kentucky plant from local landfill waste.

These are just a few of the steps Toyota has taken to reduce its impact on the environment. Check out more info in this video: