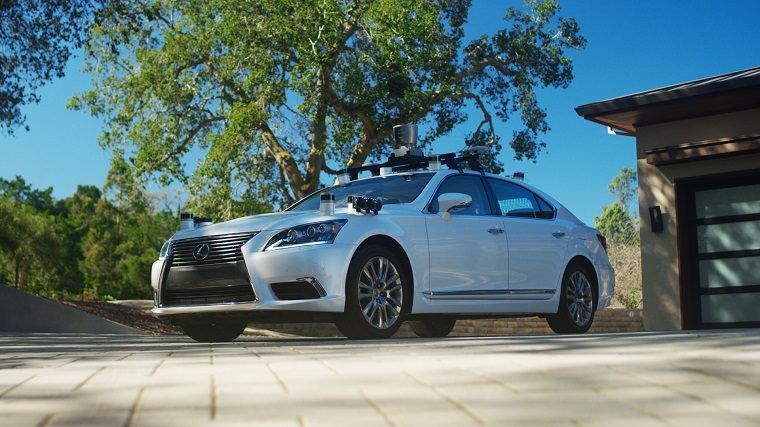 Remember how, a few years ago, automakers agreed 2020 would be the year we start to see fully autonomous self-driving cars available at the dealership? Thanks to the hard work of automakers like Toyota, that promise may very well be kept.

The Toyota Research Institute (TRI) unveiled its first research platform for self-driving cars jus tlast week at the Prius Challenge in Sonoma, California. It is the latest representation of Toyota’s work on autonomous vehicles since the company began research in 2005.

The car is based on the second-generation platform of the advanced safety research vehicle the automaker showed off at the 2013 Consumer Electronics Show. It is built on a Lexus LS 600hL and designed to be easily upgraded.

The car features a robust system of LiDAR, radar, and camera sensors that should reduce its dependence on high-definition maps for getting around. Toyota says the test car can handle two self-driving platforms called “Chauffeur” and “Guardian.” The former is a proper autonomous system while the latter instead refers to a “high-level” driver-assistance system.

While systems like Chauffeur are the kind that won’t be in our cars till 2020, Guardian could come much earlier, according to TRI CEO Gill Pratt.

“It will learn individual driver habits and abilities and will benefit from shared intelligence from other cars as data gathering, sharing and connectivity technologies advance,” Pratt said. “We believe Guardian can probably be deployed sooner and more widely than Chauffeur, providing high-level driver-assist features capable of helping mitigate collisions and save lives, sooner rather than later.”