Toyota Tonka is a Full-Size Toy for Grownups 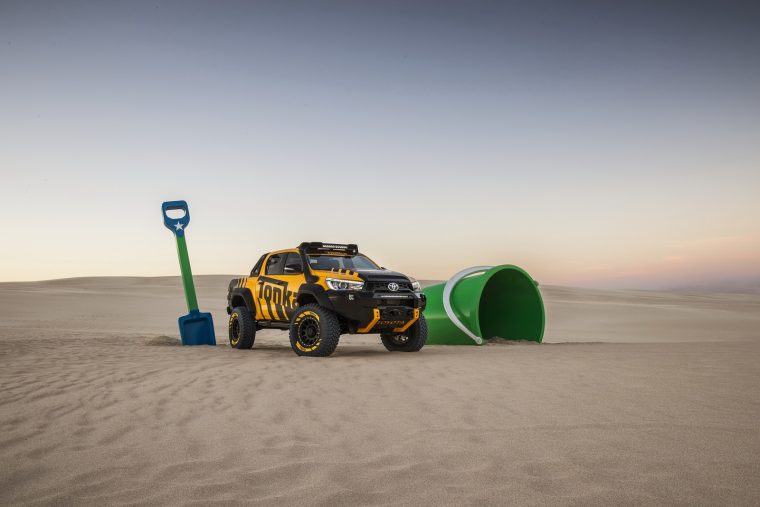 You may remember playing with Tonka trucks when you were a kid, making vroom sounds and carrying action figures from one end of the sand pit to the other (or perhaps crushing them beneath the Tonka’s mighty wheels).

Playing with a Tonka truck isn’t quite as exciting or socially acceptable into adulthood though—at least, it hadn’t been until now. Toyota’s Australian division has outfitted its HiLux pickup truck (known as the Tacoma in the United States) to look like a Tonka truck, effectively creating a life-size toy that adults can definitely enjoy.

In addition to boasting the iconic Tonka black and yellow livery, the truck features extreme off-road bumpers and tubular side rails, an underbody skid plate, an air intake snorkel, a bulging hood with carbon fiber trim, and an off-road LED light bar on the roof.

Want a New Car? Why you may want to consider leasing

Unfortunately, it won’t go for sale anywhere in the world. It was created as a one-off special by the 150 designers and engineers who work at Toyota’s headquarters in Melbourne to celebrate the HiLux becoming Australia’s best-selling vehicle last year, the first time a pickup manages the feat.

Other modifications to the truck include a rear spoiler, 35-inch tires, heavy-duty suspension, extra ground clearance, and a custom tube frame rack in the cargo bay that can accommodate a spare tire, recovery gear, and gas cans.

Even as we look back to childhood with rose-tinted glasses and see a stress-free time when life was simpler and more magical, we daresay the Toyota HiLux Tonka Concept is a win for adulthood.

Lights Out: What those dashboard warning indicators mean