Every year, WardsAuto compiles a list of the “10 Best Engines” for the upcoming year after extensive research and testing. The list displays the most advanced powertrains available and can even provide insight on what direction the automotive industry is heading. For 2014, Chrysler was honored with two spots on the list for a clean-burning diesel and revolutionary electric engine, a sign that the Detroit automaker is not only moving in the right direction, but is leading the charge. 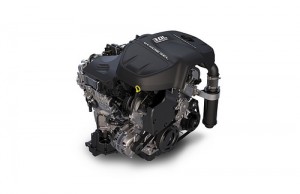 The two engines that were awarded spots on Ward’s 10 Best Engines for 2014 were the 3.0-liter EcoDiesel V6 and the Fiat 500e battery-electric drive system. The EcoDiesel V6 is the first and only clean diesel engine used to power a full-size light-duty pickup, and the Fiat 500e was engineered from the ground up at the Chrysler Group headquarters.

“We are very gratified with this year’s Chrysler Group selections because they demonstrate the depth of our engineering talent and shine a spotlight on the wide range of Chrysler Group products,” said Bob Lee, Chrysler Group Vice President and Head of Engine and Electrified Propulsion Engineering, in a press release.

Chrysler has become a pioneer in both diesel and electric engines, but which would you rather drive? Take your pick in the comments below!

Brought to you by Putnam Chrysler Dodge Jeep of Putnam, CT