Updates for the 2015 GMC Terrain Announced 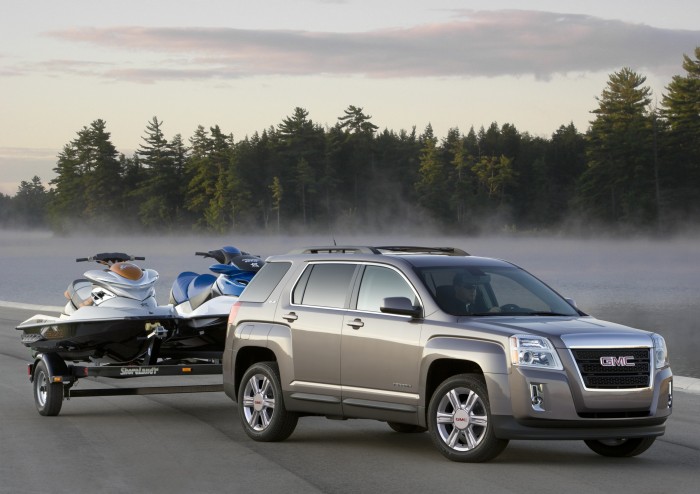 Doesn’t Matter How Old You Are: You’ll Love the 2014 Buick Regal Turbo

The first of the updates for the 2015 GMC Terrain, as GM won’t let us forget, is the addition of OnStar 4G LTE with the Basic Plan. The Terrain also picks up a Sun and Destination package and two LPO options, including black roof rack crossbars and custom-molded splash guards.

While we’ll be losing the Atlantis Blue Metallic and Ashen Gray Metallic exterior colors, we will be welcoming in Cypress Green Metallic and Dark Sapphire Blue Metallic. Also going away are the luggage cross bars and the integrated blind spot mirror, as well as the chrome wheel and tire package.

We’ll bring you more information on the 2015 Terrain as it becomes available.

Related: The 2015 GMC Canyon Expected to Pack Some Added Punch