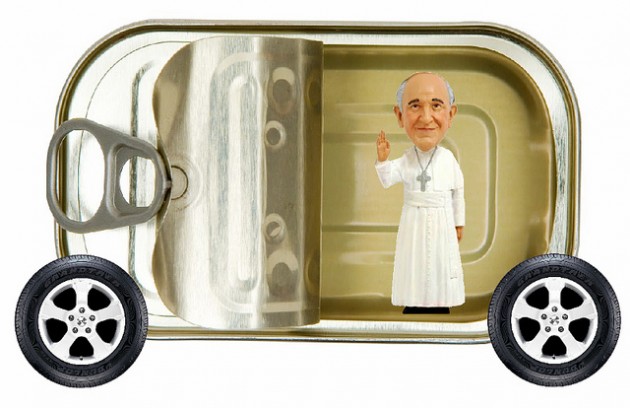 The Vatican is raffling off one of Pope Francis’ famously compact Popemobiles Image: Mike Licht, CC

Pope Francis is holding a raffle to raise money for the poor, and the grand prize will put your own paltry Church Bingo Night winnings to shame: it’s a used Popemobile!

Yes, rather than just selling his old 4×4 Fiat Panda on craigslist like the average, fallible motorist might, Pope Francis has decided to raffle off his supermini to raise money for some of the charities that he supports. Unfortunately, to buy one of the 10 euro tickets, participants will have to make a pilgrimage all the way to the Vatican, since they’re not being sold online. 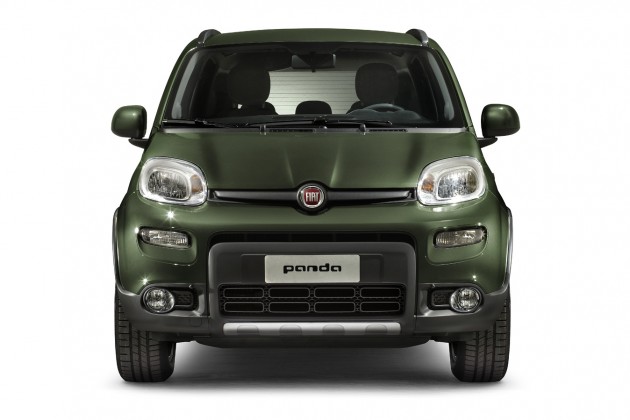 According to CNN, the Pope is also donating to the raffle several of his bicycles, a camera, an espresso machine, a leather suitcase, and a panama hat (which is disappointing, because usually when you hear that the pope is raffling off one of his old hats, you imagine something a bit more unique). Apparently, all of those items were actually presents that Pope Francis has decided to re-gift, which is something a lot of us do in the month following Christmas (although, again, not always for such a worthy cause).

There will be 13 main prizes given out in Thursday’s drawing, along with 30 unspecified consolation prizes.