Vehicles No Match for Pair of Ravenous Bears 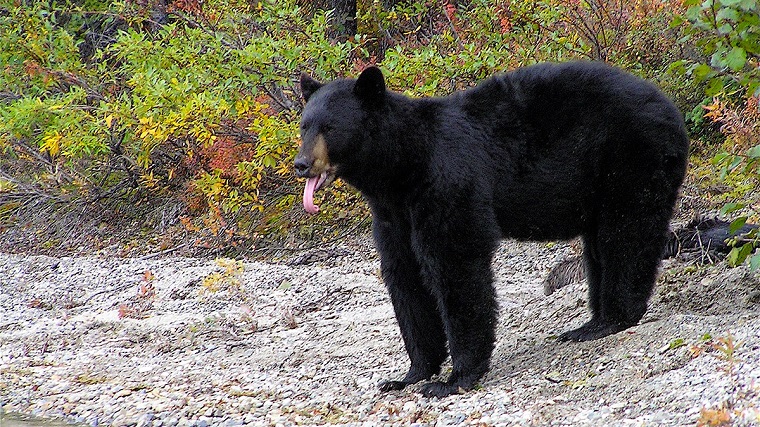 That’s the score so far after two East Coast incidents this month that involved hungry bears and damaged vehicles.

In the first incident, a bear in Rockaway Township, New Jersey, received a sweet reward for his smash-and-grab behavior: two dozen strawberry, vanilla, and chocolate cupcakes.

Bakery owner Christine Allen had left the vegan cupcakes in her Honda SUV overnight. When she came out in the morning, the vehicle’s rear window was broken, icing was smeared all over the place, and there was even a paw print inside. No cupcakes survived.

This wasn’t the first time Allen had encountered the bear’s greed. The month before, it broke her fence and basement door trying to get at her garbage.

Unfortunately for the bear, its destructive snack-seeking means that authorities will probably euthanize it if they can track it down.

In the second incident, a bear in North Canton, Connecticut, entered a woman’s Subaru crossover in search of tasty garbage. This bear didn’t fare as well as its New Jersey counterpart — and neither did the vehicle.

Linda Moran was visiting friends one evening when she heard a commotion outside in the dark. Her vehicle’s lights were on, its alarms were sounding, and something was moving around inside. Moran called 911.

It turns out that a black bear had opened the door and entered the vehicle, then panicked when it couldn’t get back out. When police arrived on the scene, they opened the door and the frightened bear ran away into the woods. It was too late for the car, though. The bear had completely trashed the interior, ripping the ceiling and dashboard and tearing out a door panel and dome lights.

Moran’s best guess was that the bear was attracted to the car after it got a whiff of the garbage she’d transported to the dump earlier that day. The only food inside was a banana — pretty disappointing stuff for the bear, who didn’t even touch it.