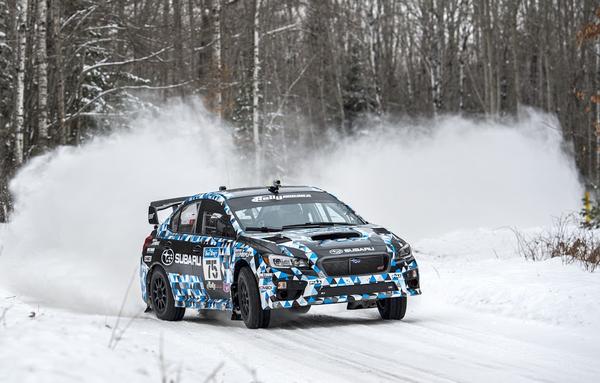 The 2015 Subaru WRX STI rally car debuted over the weekend at the Sno*Drift Rally.

Hark! The day has finally come (and gone). The all-new 2015 Subaru WRX STI rally car at last made its debut at the Rally America National Championship over the weekend at the Sno*Drift Rally, which seems to have been the perfect place to do so. Impressively, the STI took home first, with driver, David Higgins, winning all 17 stages of the rally. The STI rally car was designed by Subaru and its technical partner, Vermont SportsCar.

The Sno*Drift Rally featured more than 120 miles of treacherous roads covered in snow and ice in northern Michigan. The challenging conditions forced drivers to rely on their cars’ traction, but spiked and studded ice tires are strictly prohibited. 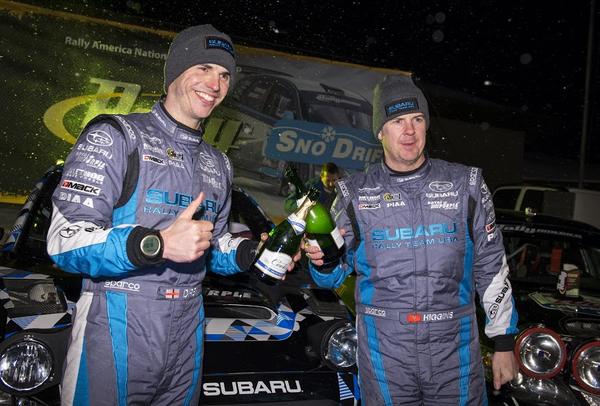 “The Sno*Drift Rally is always such a challenge to even finish and stay on the road. It’s one of those events that the biggest challenge is not the other drivers but the stages themselves,” explained Higgins. “The conditions are always changing and the grip levels without spiked tires are so low and always different from one corner to the next.”

Miraculously, Subaru’s vehicles, including the WRX STI rally car, claimed the top five positions at the rally competition. Subaru credits its Symmetrical All Wheel Drive for the victory. 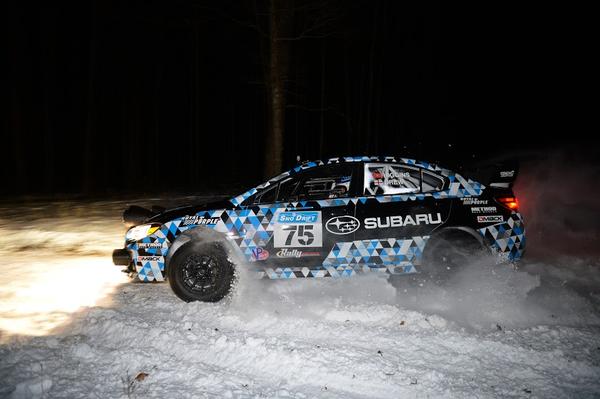 “It’s really impressive to run a full race with a brand new car and not have any problems or setup changes whatsoever. It’s a testament to Vermont SportsCar’s attention to detail and preparation,” remarked Higgins. “The engineering and improvements that have gone into the new chassis are as evident on a rally stage as they are on the street. I think it’s a brilliant car and I can’t wait for the rest of the season!”

The next appearance for the Subaru Rally Team will be at The Rally in the 100 Acre Wood, which is held not in Christopher Robin’s mind, but in Salem, Missouri. The rally, which takes place on “high-speed gravel roads,” will be held on February 27th – 28th. 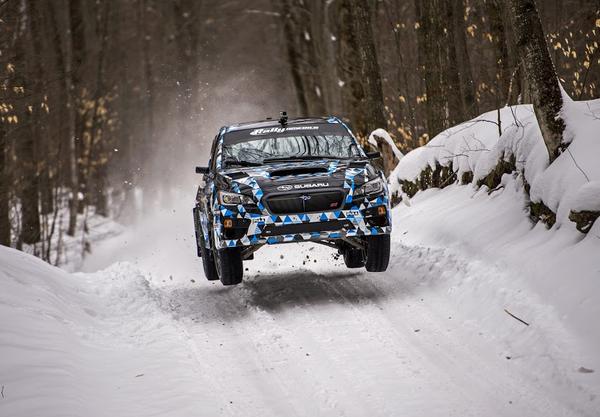 See the 2015 Subaru WRX STI rally car in action in the video below: