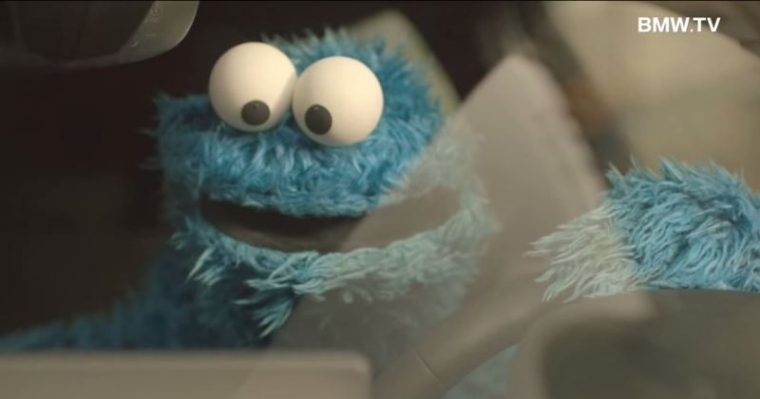 Apart from possibly Elmo, Cookie Monster is Sesame Street‘s most recognizable character. The blue-furred, googly-eyed monster’s voracious appetite for cookies is hilarious in any language. That’s why we in America can laugh at Germany’s BMW commercials starring Cookie Monster.

Apparently, when the United States decides to go healthy and deprive the creature of cookies, the solution is to move to Germany–where he’s known at das Krümelmonster.

Even though the two 30-second commercials for the BMW 1 Series are in German, they’re still easy to understand and a lot of fun to watch.

The Letter of the Day Is “M”: BMW’s radical M supercar concept 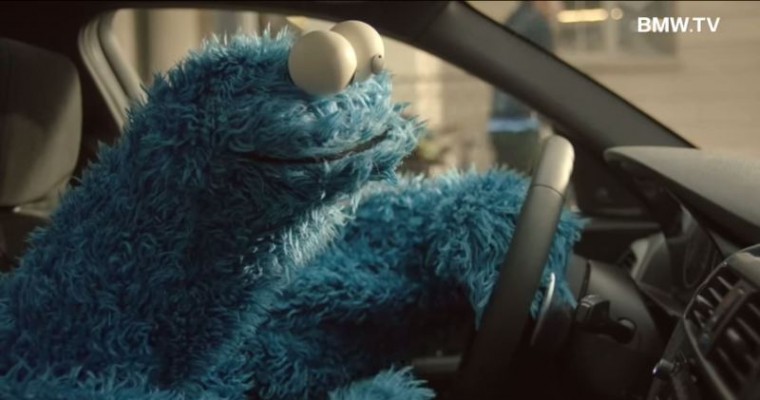 The first commercial in BMW’s campaign for the new 1 Series–entitled “E1NS” (German for “one”) with the World–stars a blue monster and concierge service.

After discovering his brown bag of cookies, which he’s been enjoying in his BMW, is empty, Cookie Monster presses a button to activate the voice-controlled concierge service. The infotainment console brings up a representative who calmly asks how he can help.

After a confused pause, the representative brilliantly asks what type of cookies he wants, what flavor, and what to drink with them. Now Cookie Monster is the one who’s shocked!

To solve the situation, the concierge programs a route to the nearest bakery into the 1 Series’ navigation system, and the fuzzy blue monster speeds away. Cowabunga!

Check out the amusing TV spot below. 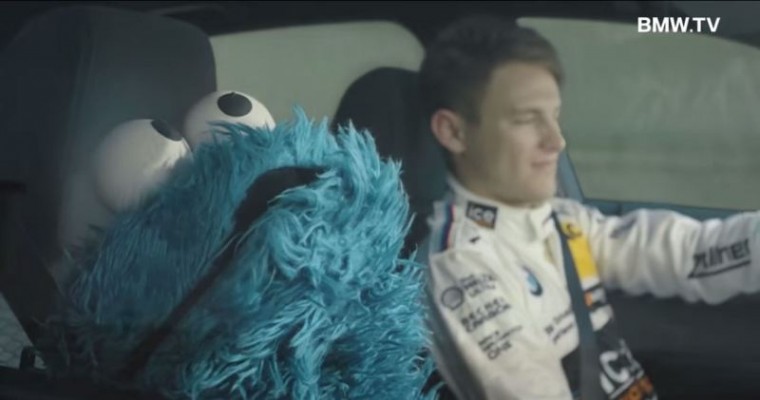 The second 1 Series commercial relies on childhood nostalgia to show how driving a BMW makes you feel like a kid again. This one shows off the Driving Experience Control feature.

Cookie Monster is being driven in dizzying circles on a gravel test track by DTM champion Marco Wittmann. The blue monster is clearly turning green, trying to keep from “tossing his cookies.” Once the car comes to a screeching halt, Cookie Monster catches his breath and asks the driver, “Cookies?”

Wittmann shakes his head and replies, “No…donuts.” Flipping to sport mode, the driver spins the wheel and throws the car into more spins–much to Cookie Monster’s dismay.

Watch the 30-second spot below!

As funny as the two 1 Series commercials are, what made us truly laugh out loud was BMW Germany’s website.

As expected, the home page shows a banner of Cookie Monster eyeing a new 1 Series model. Above that is a message from the website admin to the viewer titled “Note on Cookies.” Essentially, the message reiterates that BMW saves browser information via “so-called cookies.”

Whether the message is intended to be ironic due to Cookie Monster’s presence or not, it’s still brilliant. As Cookie Monster would say, “‘C’ is for cookie…but BMW is good enough for me!” 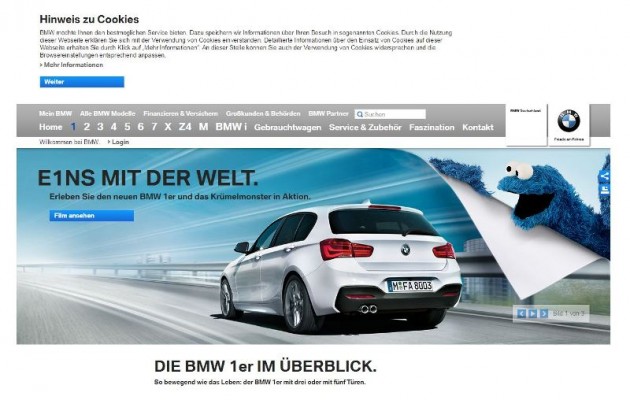