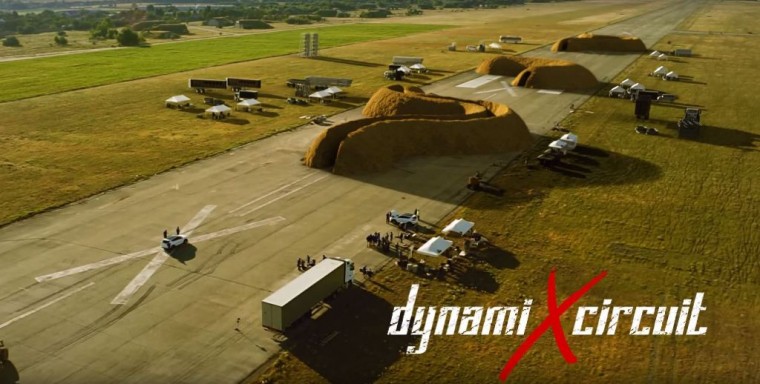 We’ve seen countless car commercials showing off a vehicle’s agility as it swerves across curvy roads and parking lots of orange cones. However, few commercials actually put the vehicle to test on video in this unique a way. In order to advertise the redesigned 2016 Hyundai Tucson’s driving performance, what it calls the model’s “dynamic and comfort,” the automaker put the SUV though a tricky road course.

On a hot July day in Budapest, a team of Hyundai Motors marketers, engineers, and heavy-machinery operators gathered on a landing strip of the Tokol Airport to build sand castles. But these weren’t the size of kiddie sandbox constructions–tons upon tons of sand was formed into a canyon-like trail for the Tucson to maneuver through.

Brand News: Is a Hyundai pickup truck in the works?

While the footage is obviously sped up, this feat of driving precision is still no easy task. Clearly, through the multiple collisions depicted at the beginning of the video—where the car grazed the sand walls and got buried—it took multiple attempts to pull this stunt off.

Surviving the obstacle course–especially the final leg backwards–is an impressive achievement. Its tensest moments are captured clearly through many well-placed cameras. 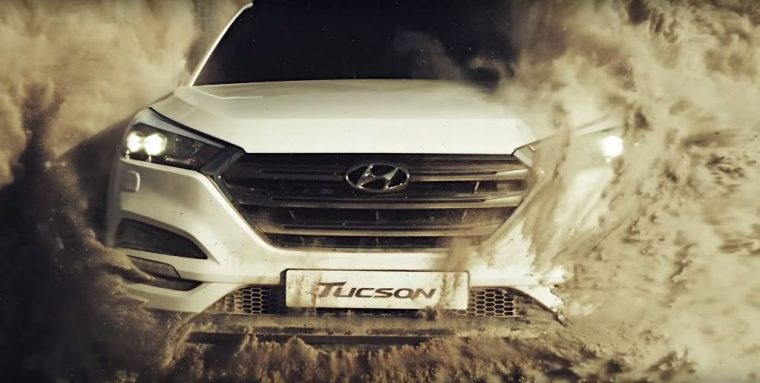 Hyundai seems to be on a kick with sand, as the last commercial for the Tucson–released a month ago–involved the material. Titled “Sand City,” the ad depicts a white Tucson SUV escaping from a city of dust crumbling apart. You can watch it below:

Like How You Look in an SUV? Try the 2015 Hyundai Sante Fe on for size