Cuts your grass when you’re not looking, speeds away before you can say thank you

I don’t claim to know much about lawn mowers. Growing up, when my dad made me mow the lawn, I had such bad allergies that I had to wear a face mask, gloves, and long pants and a long-sleeved shirt, regardless of how freaking hot Ohio would get. Suffice it to say, I did not mow the lawn too often—and may not have had too many friends growing up. (But that’s what Gameboys were for, right? Right? …guys?)

Regardless of how little lawnmower knowledge I actually have, I do know a noteworthy lawnmower when I see one, and the Honda Mean Mower is hands down the most noteworthy lawnmower of our generation. The folks at Honda have been working on this baby for a while, but it was finally tested with Guinness World Records on March 8 of this year and was officially, at long last, dubbed the fastest lawnmower on record, reaching 116.57 miles an hour. 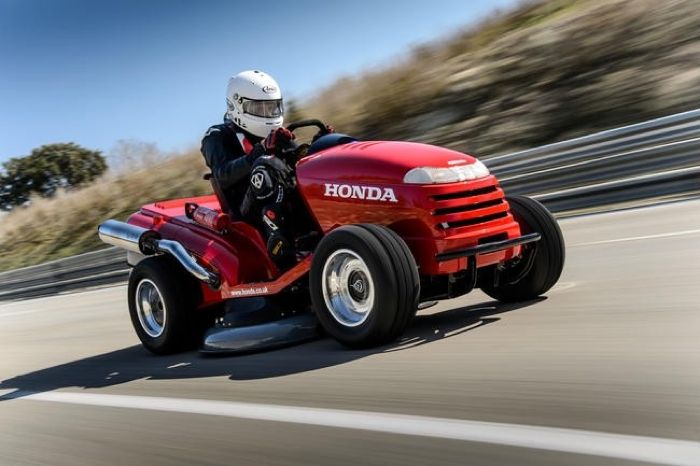 The Guinness test was held at the Idiafa Proving Ground in Tarragona, Spain. During the test, the Honda Mean Mower had to rocket through a speed trap 100 meters in length, as well as make two passes in opposite directions within an hour. The average speed was taken between the two. The final 116.57 mph number beat out the previous record by a long shot; Bobby Cleveland had reached 96.529 mph on a Snapper race mower back in 2010 at the Bonneville Salt Flats.

But top speed wasn’t all it took to merit the record. The Honda Mean Mower also had to be able to still cut grass and, of course, look like a lawn mower. 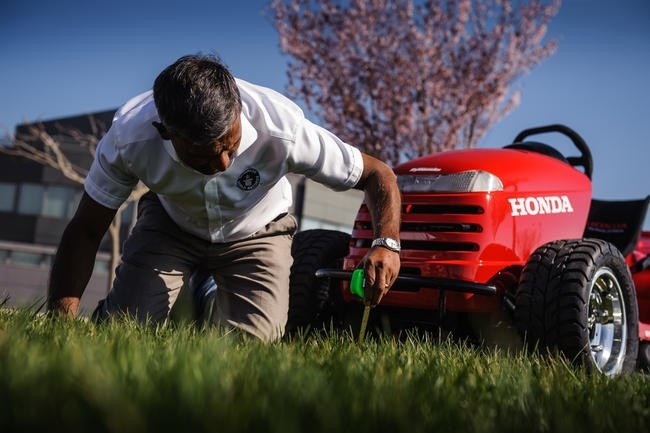 The Honda Mean Mower may be a speed demon, but it can still trim the grass when the time comes.

The Honda Mean Mower is based on the automaker’s HF2620 Lawn Tractor—with some adjustments, of course, courtesy of Team Dynamics. For instance, Honda took out the typical motor and loaded the tractor with a 1.0-liter engine taken from the Honda VTR Firestorm motorcycle, pairing it with a six-speed sequential gearbox; the engine is good for 109 horsepower and 71 lb-ft of torque. The mower also got wheels from a quad bike and bespoke suspension.

Yesterday, Honda released the official video of the mower taking its crown. Check it out below, and let me know what you think: