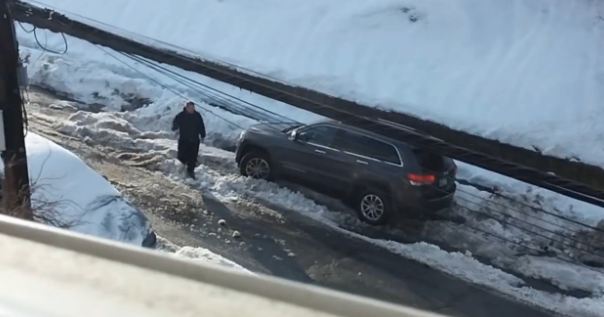 A new, candid video shows a random guy going absolutely ballistic when he can’t get his Jeep Grand Cherokee out of a snowy parking spot. The man spins his wheels impotently for a good seven minutes, occasionally taking breaks to jump out of the car and shout profanities at his vehicle/cruel fate, and the whole thing is pretty entertaining.

The video was uploaded by user Romans909, who claims he heard the man cursing loudly outside his apartment window and quickly grabbed his phone to film the ensuing “video goodness.” To his credit, Romans909 provides solid play-by-play action throughout the clip, while taking an almost perverse pleasure in seeing someone who drives such a “fancy new car” struggle so mightily with it, at one point wondering aloud, “Why am I laughing at someone else’s pain?” (Because his pain is hilarious, obviously). 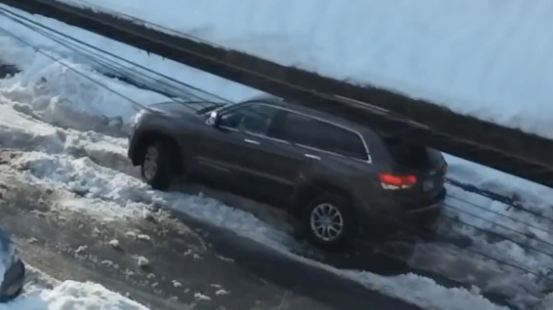 “Why am I laughing at someone else’s pain?”

His young son also provides some quality color commentary, asking, “How come he was yelling at his own wheels? They can’t even hear him,” which is a valid point.

Eventually the man becomes unstuck and drives off, just barely making it to the 5:30pm 3D showing of Step Up: All In, or whatever it was that he was so worried about missing.

Check it out below.