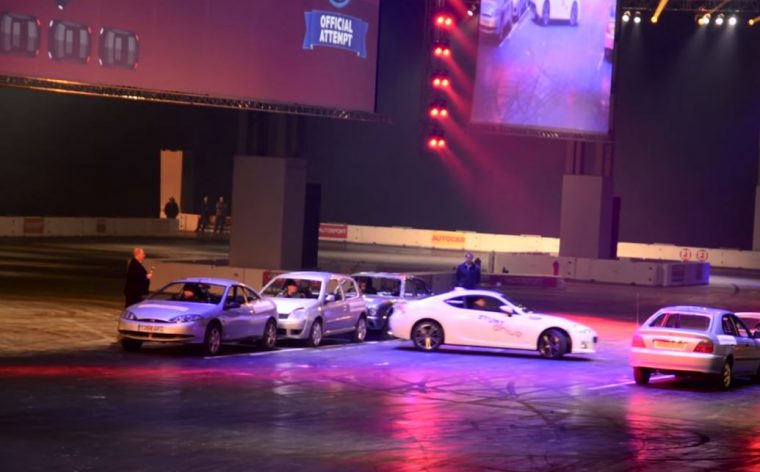 The Subaru BRZ just broke the Guinness World Record for the tightest 360˚ spin, dethroning the reigning champion—the Subaru BRZ. Yes, another BRZ had held the record since 2014 at the Autosport International’s Live Action Arena, when the driver was able to spin the car in just 2.5 meters (plus the car’s length).

“The Subaru BRZ was the perfect car in which to do it; light, highly maneuverable, and easy to control,” said Moffat. “It’s great to have another record to my name.”

There were reportedly no modifications done to the Subaru BRZ used to set the record, though traction control and ABS were turned off. Maybe they used the Pedal Dance?

Check out Moffat and the record-setting BRZ below.