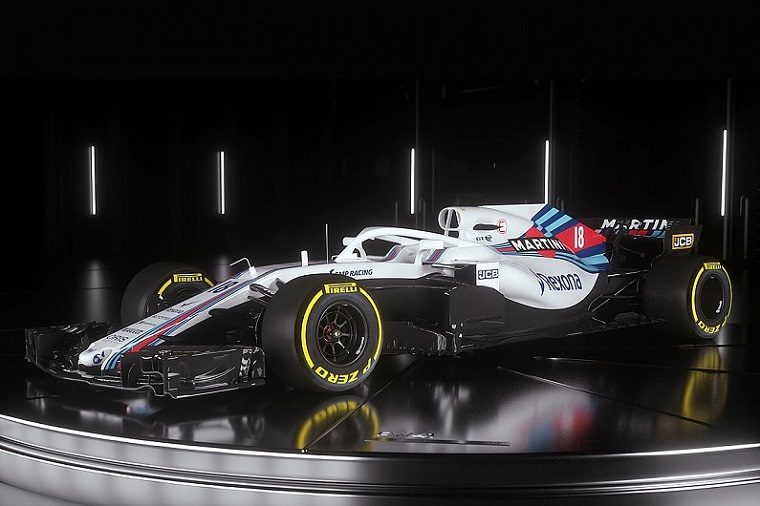 As promised, Williams Martini Racing has launched its 2018 Formula One racing car, the Williams-Mercedes FW41, at a press event in London.

The design of the car is significantly different to its predecessor in some areas, with Williams focusing on changing the philosophy behind the aerodynamics, which had in recent years been consistently behind the competition.

“The car has many new features, most of which are not all that obvious, but externally the team has pursued a very different aerodynamic concept which has allowed us some significant progress in aerodynamic performance,” said Paddy Lowe, the team’s chief technical officer, who joined Williams at the end of the 2016 season. Based on the shots, it seems that to Williams pursuing a different concept meant copying Ferrari’s 2017 sidepod design idea.

Williams, which finished 5th in the standings in 2017 and 2016 behind Force India, a team with a considerably lower budget, is hoping to puts its resources to better use in 2018. Still, it’s not all been down to the car, but also the drivers.

Felipe Massa, now retired, was no longer the driver he had been in the late 2000s; and Lance Stroll, last year a rookie, didn’t do much to show he was in F1 for any reason other than his father’s money. In 2018, Williams is joined by a new driver in Sergey Sirotkin and a new development driver in Robert Kubica, both of whom could bring much needed improvements to the team from behind the wheel.

“It’s also my pleasure to welcome Sergey and Robert to Williams, who have both displayed exceptional speed and qualities that I know will only strengthen the team,” said Claire Williams, Deputy Team Principal. “Sergey has impressed the technical team and it is great for us to be able to give him the opportunity to step up into a race seat. Robert, will also be working closely with the team, utilising his experience to help develop the car throughout the season.”

Car Buying Tip: What are the benefits of leasing?