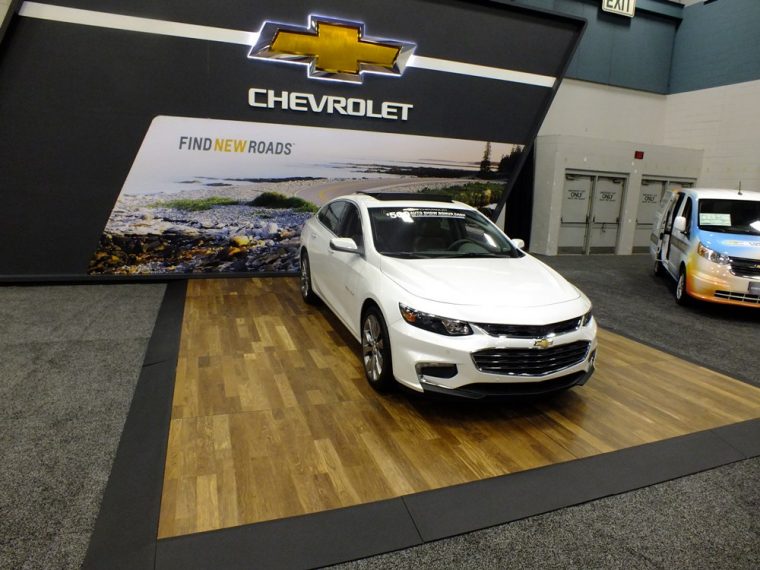 The 2016 Chevy Malibu at the Dayton Auto Show

It’s the middle of car show season, and as a Dayton, Ohio-based publication, there is one in particular that is near and dear to our hearts: the Dayton Auto Show.

The event already promises to be an interesting one, especially for Cincinnati Bengals fans—the Ben-Gals, Bengals broadcaster Dave Lapham and former cornerback Eric Thomas, will be in attendance—and especially for car lovers, as this local show will feature cars from seven automakers, including Buick’s new Cascada (its first convertible, remember), Chevrolet’s redesigned Cruze and Malibu, a wide variety of Hyundai and Lexus vehicles, and one 2016 Alfa Romeo 4C Spider.

However, one visitor won’t just walk out of the Dayton Auto Show, because one person will win a free 2-year lease on a 2016 Chevy Malibu, courtesy of the Miami Valley Chevy Dealers and sponsored by the Dayton Area Automobile Dealers Association.

Entries have already been coming in at Miami Valley Chevrolet locations, but never fear—entries are still being accepted at the Auto Show itself until 1pm on the 28th, with one finalist chosen every day. At 3pm on the 28th, a winner will be drawn at the Chevrolet display.