Entering their second of three matches in the group stages of the 2014 World Cup, both Italy and Costa Rica are coming off some impressive wins. We bet both teams feel pretty good about their chances when they walk onto the pitch at Arena Pernambuco in Recife, Brazil later on today. Just a few days ago, Italy defeated England 2-1, and Costa Rica dominated Uruguay with a 3-1 win. Today’s match should be interesting to say the least—but not as interesting as reading about the World Cup of Cars: Italy vs. Costa Rica edition! 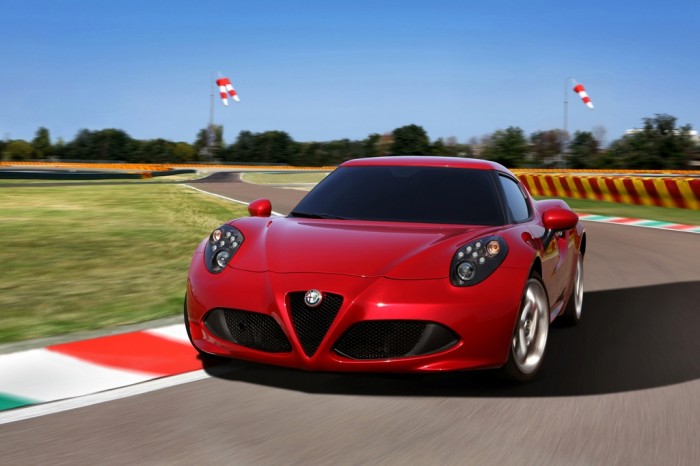 Today, we decided to go with two vehicles made in these countries. For Italy, that means the Alfa Romeo 4C. You might recognize the name of this vehicle—and if you don’t, you will soon—since the 4C will the first Alfa Romeo available in the USA since leaving the market almost 20 years ago. The Alfa Romeo 4C is a sporty two-seater that comes equipped with a 237-hp turbo 1.7-liter I4 engine, an estimated 34 mpg highway, and a top speed of 160 mph. It’s a looker, too—its streamlined shape is easily recognizable, and its grille brings to mind a fancy European mustache. If you ever get the chance to drive one of these babies, we recommend you do so, and we bet you won’t be disappointed.

Playing for Costa Rica is the one-of-a-kind CambYoCar. Made right there in the central American country, the CambYoCar’s motto is, “To change the world, we have to change the car.” And one look at the vehicle tells you that its makers have done just that. It’s an electric car with aspirations—the makers of the CambYoCar want it to become the “Model T of electric cars.” The very first CambYoCar is expected to be produced at the end of this year (depending on funding) and the Costa Ricans want to begin production next year.

Now, we’re faced with a tricky choice here. The Alfa is simply gorgeous, but we love the idea of the CambYoCar and hope production will become a reality for its makers. So what’s it to be? Well, we have to give the edge to the Alfa Romeo 4C, since we will be seeing it on our roads very soon, but we give a tip of our hats to the CambYoCar and will be watching its progress! So, once again, Italy emerges victorious from our exciting car face-off challenge.