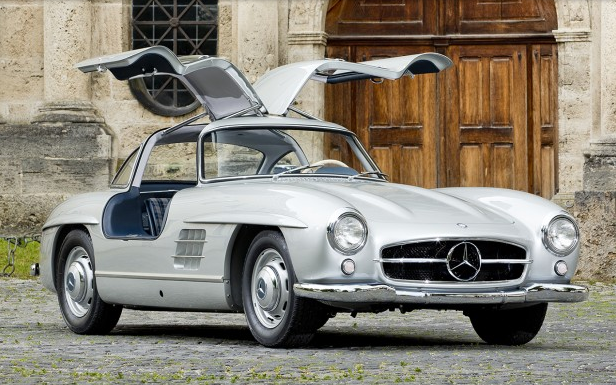 Throughout automotive history, there are few looks sexier than that of the Mercedes-Benz 300 SL Gullwing. When it debuted in 1954, it was sophisticated and scintillating in a manner mirrored only by the year’s breakout star, Sophia Loren. With the Pebble Beach Concours d’Elegance this weekend, there are innumerable beautiful cars on the auction block from Gooding & Company, but in this writer’s esteem, few of them compare to the beauty that is the 1954 Mercedes-Benz 300 SL Gullwing.

And this 60-year-old 300 SL isn’t just a looker; we’d be willing to bet it can still go with the best of them. It’s been fully restored by HK-Engineering, sporting a SOHC inline-six that’s mated to a four-speed manual and capable of generating 240 horsepower.

This is the second 1954 Mercedes-Benz 300 SL Gullwing auctioned by Gooding & Company at Pebble Beach. The last was a red original spec model sold in 2008 that was once the property of Oprah Winfrey and ultimately sold for $605,000.

If you plan on attending the weekend’s festivities and you’ve got a pocketful (or a duffel bag full) of cash to burn, you can’t do much better than the 1954 Mercedes-Benz 300 SL Gullwing.