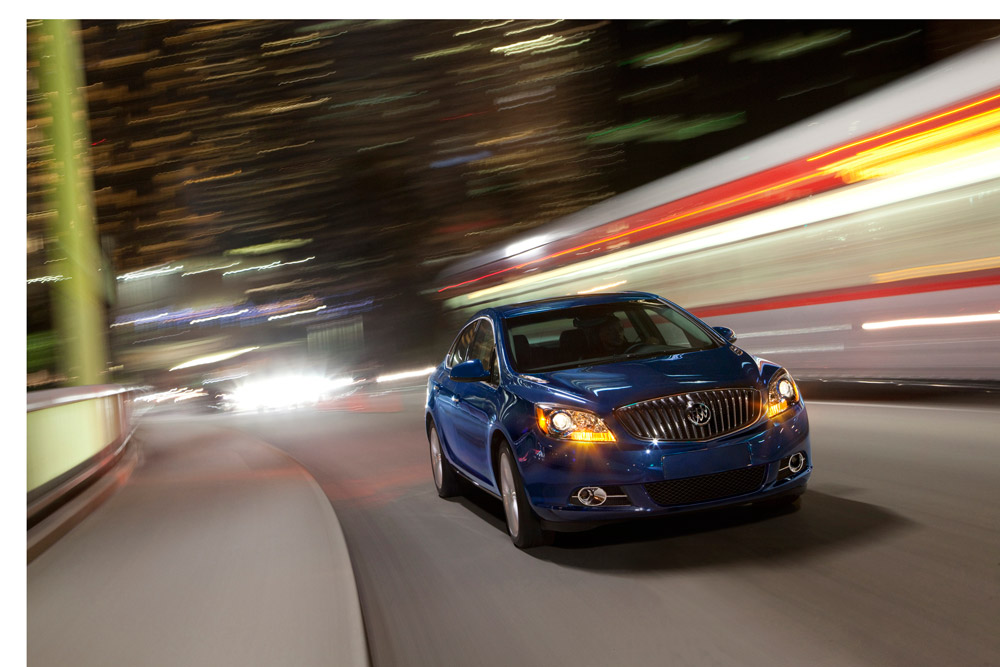 The 2014 Buick Verano is all about safety, including forward-collision and lane-departure warning systems, this model year. Passengers in the front seats will also be a bit warmer with standard heated front seats, except in the base model.

While the exterior is a bit more sedate than the majority of the Buick’s other models, the 2014 Buick Verano defines the word “reserved”.  The large grille with the well-known tri-shield exemplifies the brand, making it known that the Verano will be the perfect entry-level luxury car for your family.

Normally, when you hear the word “compact” in a car’s description, you don’t expect the interior to be very roomy—until you see the inside of the 2014 Buick Verano. While it’s not up to par with a midsize sedan—it’s a compact car after all—every driver will find enough room to make him- or herself comfortable. This roominess combined with a sleek dashboard layout presents a touch of luxury to the compact segment, connecting passengers with Buick’s IntelliLink infotainment and integrating Pandora and Stitcher radio apps. With four different trims—Verano, Verano with Convenience Group, Verano with the Leather Group, or Verano with the Premium Group—you can choose just how much luxury you want.

The 2014 Buick Verano is a top-notch student in the school of safety, receiving a top overall government crash test rating and the highest possible rating of “Good” from the Insurance Institute for Highway Safety. It includes a standard OnStar system, which utilizes safety features such as automatic crash notification, on-demand roadside assistance, an emergency button, stolen vehicle locator, and active intervention.