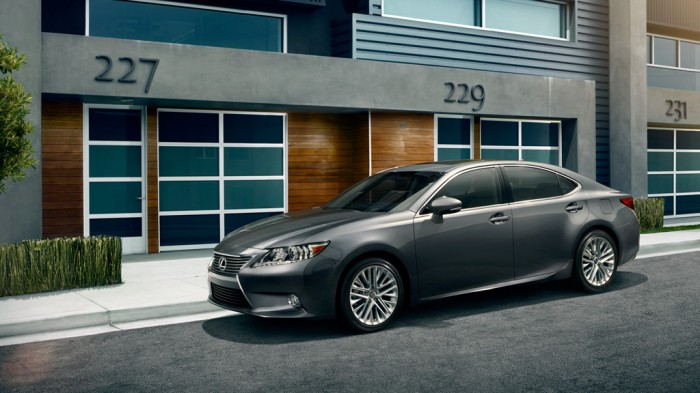 As an entry-level luxury sedan, the 2014 Lexus ES offers the elegant exterior styling a first-time luxury buyer is looking for. Standard 17-inch wheels, xenon headlights and LED running lights help distinguish the 2014 Lexus ES from just about all other sedans on the road.

The air of luxury surrounding the 2014 Lexus ES extends inside the cabin with a slew of advanced features, including dual-zone automatic climate control, eight-way power front seats, Bluetooth phone and audio, Siri Eyes Free for iPhone functionality, and navigation. Ambient lighting combines with premium materials to give the 2014 Lexus ES a luxurious feel.

The 2014 ES comes equipped with Lexus Safety Connect. The innovative system is able to automatically notify emergency personnel in the event of a collision, locate your vehicle if it is stolen, and provide access to roadside assistance. Stability and traction control, as well as antilock brakes and an advanced airbag system are all standard.