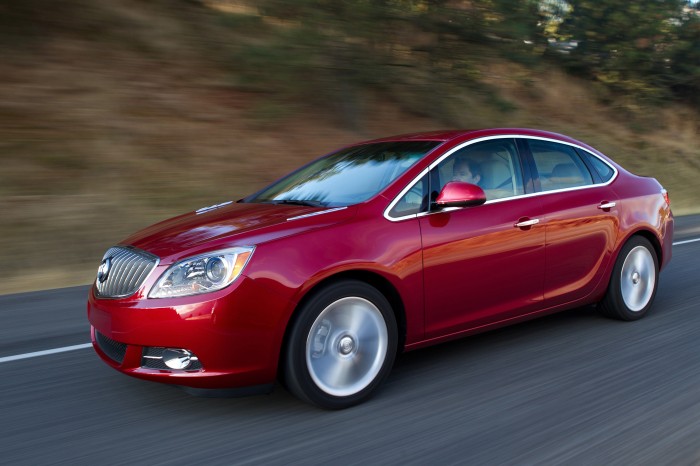 The 2015 Buick Verano safety rating is in from the National Highway Traffic Safety Administration (NHTSA), and it’s nothing but good news for the General Motors brand. The all-new Verano received the administration’s top rating: a five-star overall safety score.

Protecting its occupants are 10 airbags and a standard rearview camera. Optional safety features include rear cross-traffic alert and side blind zone alert. New for this year is the OnStar with 4G LTE, featuring a complimentary three-month/three-gigabyte data subscription.

The 2014 Buick Verano also received a five-star overall safety rating from the NHTSA, as a testament to Buick’s continued dedication to safety.