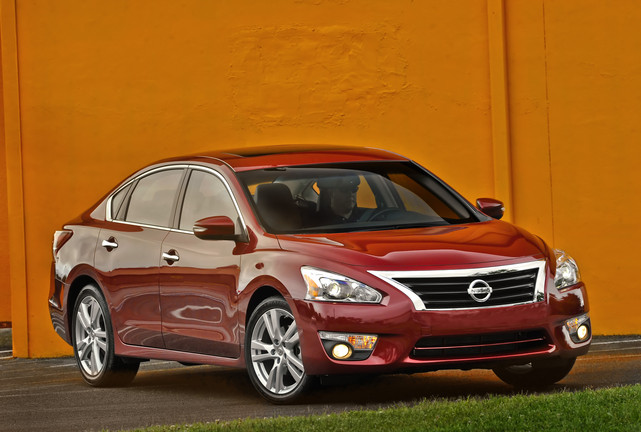 What’s New for the 2015 Nissan Altima

The 2015 Nissan Altima offers strong engine performance and now comes with standard with the NissanConnect infotainment system on the SV and SL trims.

The 2015 Nissan Altima is a car that stands out without making too much of a fuss. It features a wide, aggressive stance and long body lines that give it an appealing character, but not the kind that goes immediately out of style along with the latest fashion trends.

The 2015 Nissan Altima offers two engines: a 2.5-liter four-cylinder and a 3.5-liter V6. Both deliver power to the front wheels via a next-gen Xtronic continuously variable automatic transmission, which comes with manual shift paddles on the upper trims. The 4-cylinder produces 182 horsepower and 180 pound-feet of torque and the V6 produces 270 hp and 258 lb-ft of torque.

Thanks to the CVT transmission, both the inline-4 and the V6 deliver impressive fuel economy. In fact, the 2015 Nissan Altima leads the segment with 27 mpg city/38 mpg highway with the smaller four-cylinder. The more powerful V6 gets 22 mpg city/32 mpg highway.