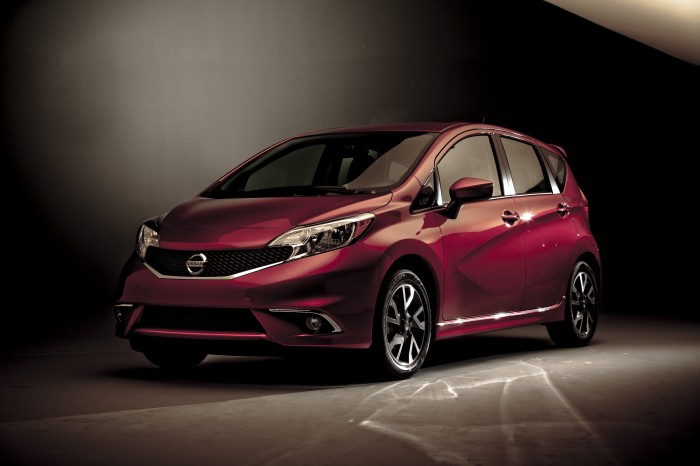 If you’re looking forward to getting you some Versa Note, they have been officially let loose into the wild, and we can now tell you how much you can expect to pay. 2015 Nissan Versa Note pricing has been officially announced (time to unfurl that banner you’ve been holding on to), and you’re looking at paying anywhere from $14,180 to $17,960 for Nissan’s nifty little hatchback.

The biggest stories with the second-year Versa Note are the additions of Versa Note SR and Versa Note SL trim levels, boosting the model count up to five.

The base Versa Note S starts at $14,180 and is only available with a five-speed manual transmission; this year’s model also makes standard Bluetooth® hands-free calling.

The Versa Note S Plus Xtronic starts at $15,430 and offers available features such Active Grille Shutter, which helps provide up to 40 mpg highway fuel economy.