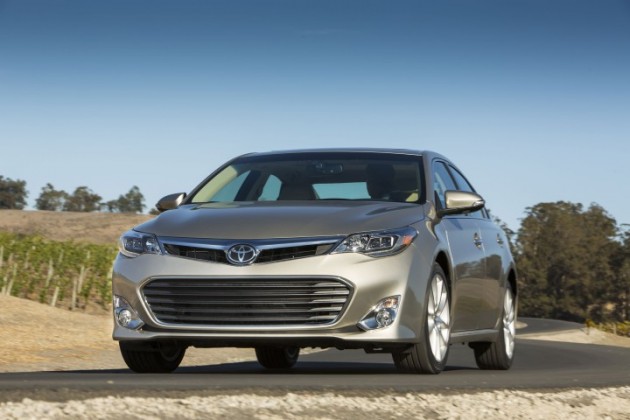 Quite a bit, actually. First of all, Toyota has added an XLE Touring Sport trim level, which offers Attitude Black paint (because regular black isn’t cool enough), and contrasting dark blue trim and stitching on the inside. Clearly, Toyota believes that the old adage about not wearing dark blue and black together is firmly in the rearview mirror.

Additionally, the Entune infotainment system has been given an update, and all gas-powered models receive paddle shifters for when you want to feel more in control of your car’s gear changes.

Finally, the Touring trim level gets a new blind spot monitor for added safety and security on the road. 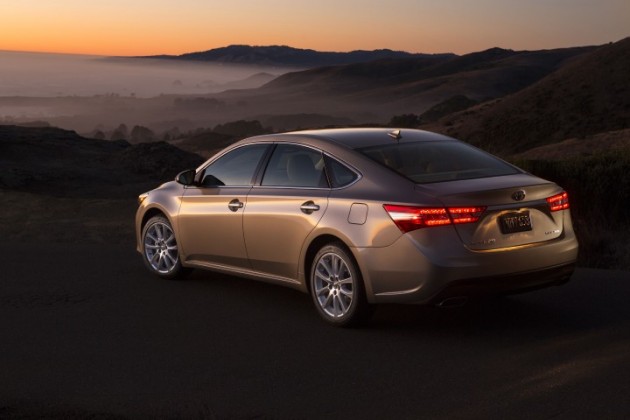 The exterior of the Avalon

The first thing you’ll notice about the 2015 Avalon’s exterior is that it’s, well, big. This full-size sedan is no shrinking violet, that’s for sure. Standard exterior features on the base XLE model include 17-inch alloy wheels, heated side mirrors, and automatic headlights. Upgrading to the XLE Premium adds a power sunroof to the mix. The XLE Touring comes with 18-inch wheels and foglights, while the XLE Touring Sport includes black-painted alloy wheels and xenon headlights. Finally, if you choose the Avalon Limited, you’ll also get auto-dimming side mirrors and automatic wipers. 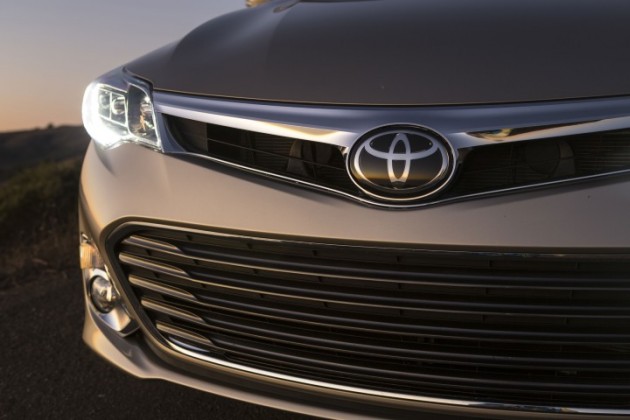 Close-up of the Avalon’s grille

The 2015 Toyota Avalon is powered by a 3.5-liter V6 engine, which is good for 268 horsepower and 248 lb-ft of torque. The Avalon is available in front-wheel drive only, and is offered with a six-speed automatic transmission with paddle shifters to allow drivers to shift manually when desired.

The Avalon can zoom from 0 to 60 mph in just 6.4 seconds, making it one of the speedier full-size sedans on the market today. 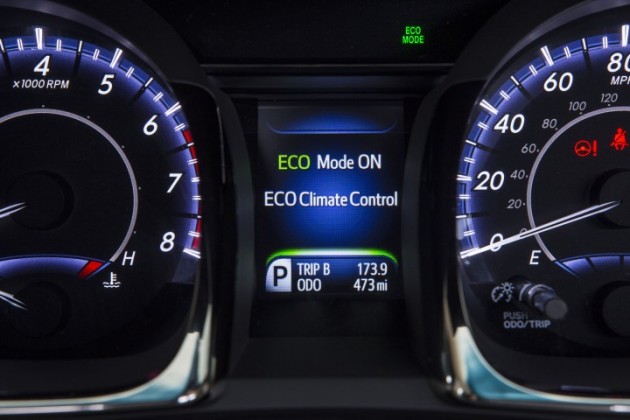 Most large sedans aren’t exactly known for their efficiency, but the Avalon’s V6 engine returns an impressive 21 mpg in the city and 31 mpg on the highway. This is thanks largely in part to the car’s lighter weight and taller gearing for its six-speed automatic. Also, the Avalon’s three drive modes—normal, eco, and sport—make it easier to choose what works best for your driving habits while getting the most out of your gas tank. 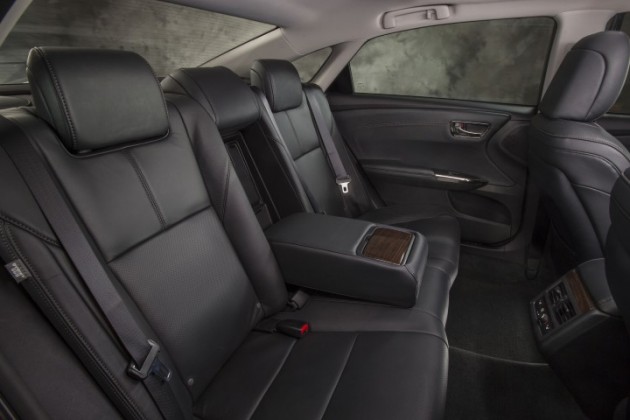 While the 2015 Toyota Avalon’s exterior stance is extremely impressive, inside is where it really shines. Even the base XLE boasts standard features like dual-zone automatic climate control, leather seats, eight-way heated power driver’s and four-way heated front passenger’s seats, keyless ignition, a rearview camera, Bluetooth, a 6.1-inch touchscreen display, and satellite radio, plus much more. The Avalon has plenty of room for five adult passengers to sit comfortably, and will keep them entertained to boot. 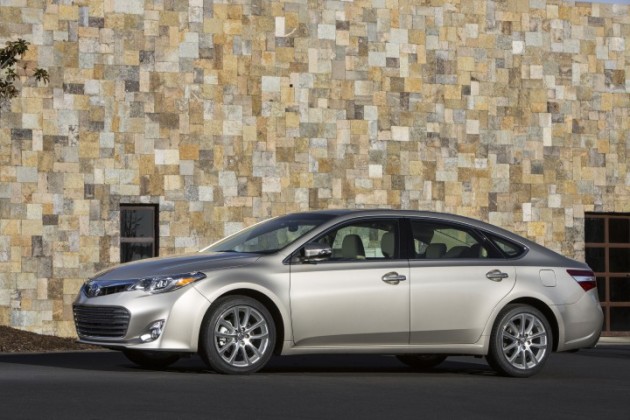 As expected for a large sedan, the 2015 Toyota Avalon is the recipient of five out of five stars for its performance in crash testing by the National Highway Traffic Safety Administration (NHTSA), and a Top Safety Pick award from the Insurance Institute for Highway Safety (IIHS). Some of the features that help make the Avalon so safe include ten airbags, side-impact door beams, front and rear energy-absorbing crumple zones, an energy-absorbing collapsible steering wheel, and LATCH anchors for child seats.