2016 Cascada Convertible Gets the “That’s Not a Buick!” Treatment in Wedding Commercial 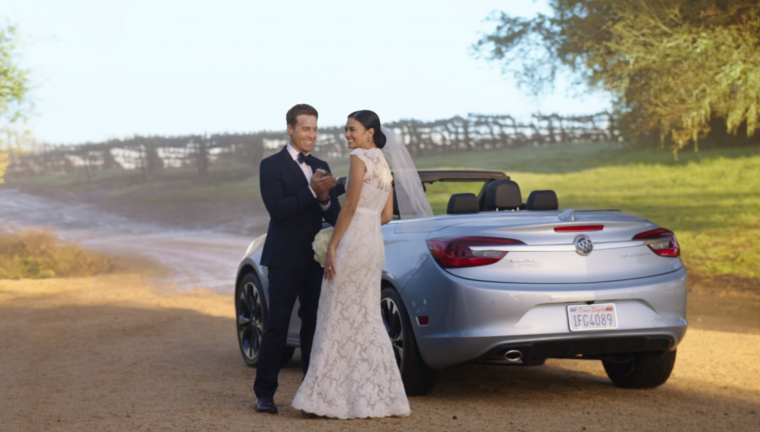 True story—last month, when we were covering the Chicago Auto Show, our team paid a visit to the Concept & Technology Garage. When I pointed out the sleek and futuristic Buick Avista, one of our photographers raised her eyebrows and exclaimed rhetorically but sincerely, “That’s a Buick!”

As soon as the words escaped her mouth, she laughed, realizing she’d accidentally paraphrased the luxury brand’s current slogan.

I think it’s safe to say that Buick’s “That’s not a Buick” line has officially joined the pantheon of all-time great advertising catchphrases, alongside Brylcreem’s “A little dab’ll do ya,” Wendy’s “Where’s the beef,” and Geico’s last 187 marketing campaigns.

And now the 2016 Buick Cascada convertible has gotten its own “That’s not a Buick” ad to endear it to car shoppers, after a previous commercial starring Ellie Kemper apparently failed to do the trick:

In the new Cascada commercial, a group of groomsmen fail in their duties due to their ignorance of Buick’s lineup/inability to recognize car logos. (Seriously, Buick’s tri-shield badge is so large and distinctive, how do the people in these commercials keep missing it!)

So instead, they end up mistakenly attaching streamers, cans, and a “Just Married” sign to a car belonging to the priest who officiated the wedding. All in all, pretty clever stuff.

I also feel like I should compliment this Buick wedding commercial on its playful disclaimer subtitles: 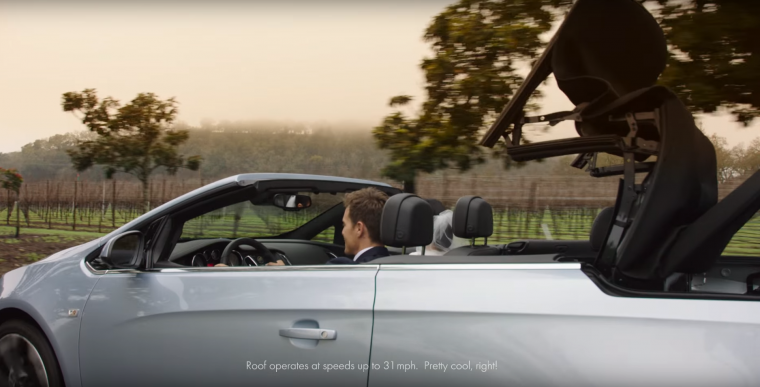 The top folds down at 31 miles per hour, you say? Yeah, I guess that is pretty cool!