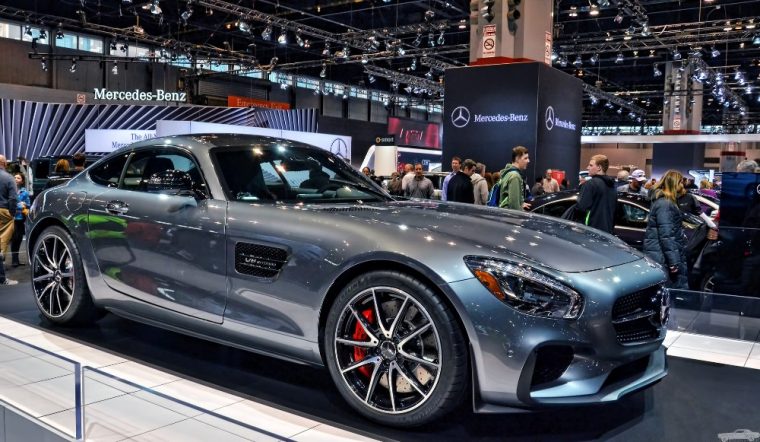 The 2016 Mercedes-AMG GT S is the latest vehicle to be nominated by Motor Authority for its annual Best Car to Buy award.

The 2016 Mercedes-AMG GT S comes with a 4.0-liter AMG biturbo V8 engine and a seven-speed dual-clutch transmission, which combine to produce 503 horsepower and 479 lb-ft of torque. The Mercedes-AMG GT S can accelerate from 0 to 60 mph in only 3.7 seconds and it’s capable of a 193 mph top speed.

Kirk Bell of Motor Authority said the AMG GT S is “more balanced, more predictable, and more fun” than the Mercedes-Benz SLS AMG, which is the vehicle the GT S borrows many of its design cues. Bell also complimented the Mercedes-AMG GT S’s agile handling, as well as the great feel and feedback provided by the coupe.

On January 4th, Motor Authority will announce the winner of its annual Best car to Buy award.

Video: Check Out the Mercedes-AMG GT S at the Drag Strip