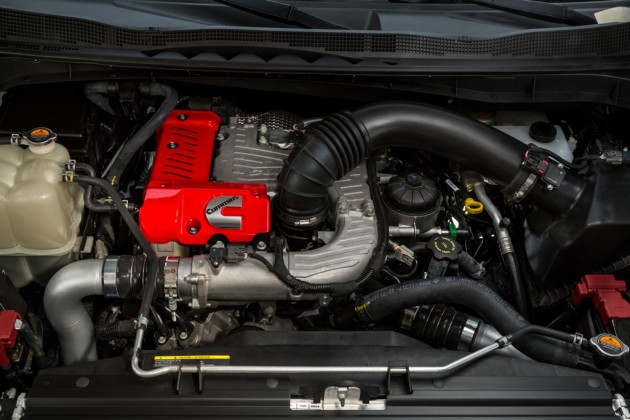 So, the new 2016 Nissan Titan has a diesel engine. What’s the big deal? Diesel is more expensive than gas, it stinks when you burn it, and all those silly rednecks are always “rolling coal” in their bro-trucks when they pass an unsuspecting Prius on the street. 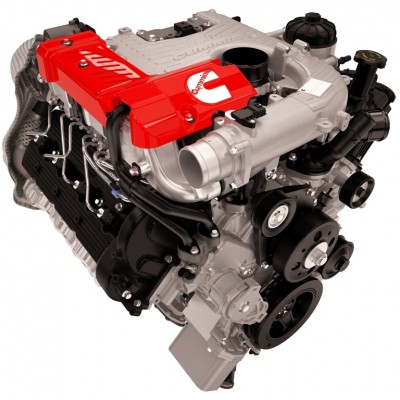 Well, diesel has some redeeming qualities. Enough so to make diesel-powered light-duty pickups a reality for the last half of this decade. Diesel engines are more efficient than gasoline engines and produce more torque, too. That torque is the rotational power that’s best for moving heavy loads, which makes it ideal for pickup trucks.

Related: Sound the Trumpets: Next Nissan Titan to Come with Cummins Diesel

The American midsize-pickup market hasn’t provided much of a selection when it comes to mid-sized diesel pickups. In fact, only the RAM 1500 currently offers a diesel option, with the 3.0-liter V6 EcoDiesel. With strong sales of the EcoDiesel RAM, other automakers have started to pay attention to this niche in the pickup market. People want the efficiency and towing power of diesel engines in their trucks, but don’t want to spend the cash on a huge heavy-duty truck to get it.

The old Nissan Titan has remained relatively unchanged since it was revealed in 2003, and with the new redesign for 2016 comes a change in strategy. Nissan partnered up with renowned diesel engine manufacturer Cummins to develop a 5.0-liter Turbo Diesel V8 engine specifically for the 2016 Nissan Titan. 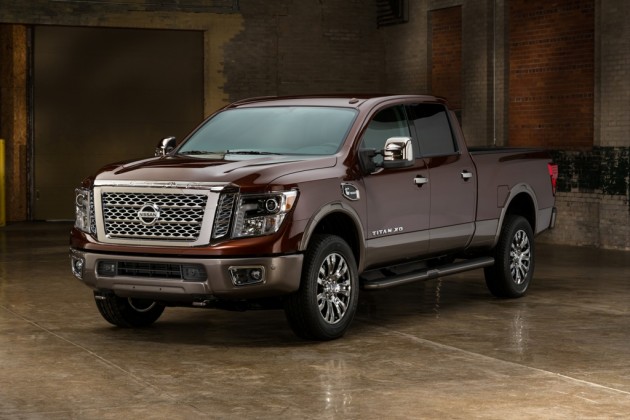 2016 Nissan Titan XD: Rolling Coal in a town near you

The Titan’s 5-liter diesel will generate an incredible 555 lb-ft of torque that should help the Titan tow up to 12,000 pounds when properly equipped, beating the RAM EcoDiesel by 3,000 pounds. The new Chevy Colorado is aiming to get a slice of the small diesel truck pie for 2016 as well, with rumors floating around about a diesel-powered Ford F-150. It looks like midsize-diesel pickups are going to become a lot more common over the next decade.

This Cummins – Nissan partnership will provide engines for future Nissan commercial vehicles as well. Do you think mid-size diesel pickups are the way of the future? Let us know your opinion in the comments.