2016 Nissan Titan Revealed, Diesel is On the Menu 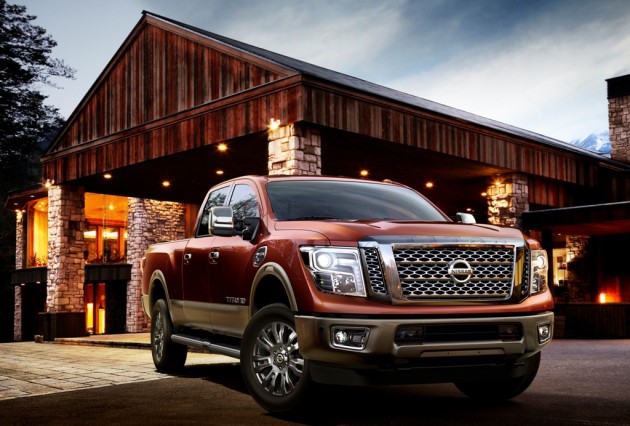 Nissan kicked off the 2015 North American International Auto Show in Detroit with the big reveal of the 2016 Nissan Titan, the first complete redesign of the truck since its introduction in 2003. This Titan offers a new diesel engine with appropriately titanic amounts of torque: 555 lb-ft to be exact.

The diesel option offers two distinct benefits: increased efficiency and increased towing power. The Cummins 5.0-liter Turbo Diesel engine will allow the Titan XD to tow up to 12,000 pounds when properly equipped, which is competitive with some heavy duty trucks at a fraction of the cost. It’ll even offer an integrated gooseneck trailer hitch as a factory option. 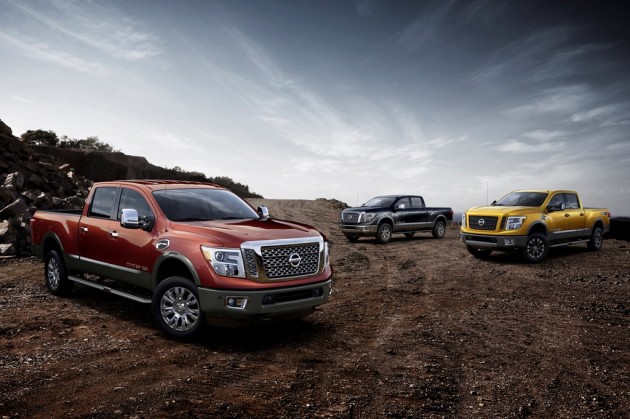 The 2016 Nissan Titan XD represents a new strategy at Nissan to create a new class of trucks that offer the towing capacity of much larger trucks in a mid-sized, affordable package. The new Titan will offer the latest Nissan safety tech including the Around View Monitor with Moving Object Detection, Blind Spot Warning, and a Front and Rear Sonar System. With the RearView Monitor with Trailer Guides and the Trailer Light Check System, one person should be able to hook up their trailer safely and quickly.

Although we’ve only got information on the diesel at the moment, Nissan says that it will offer three cab sizes, two frame sizes, and three powertrain offerings that are presumably a gasoline powered V8 and an efficient V6. 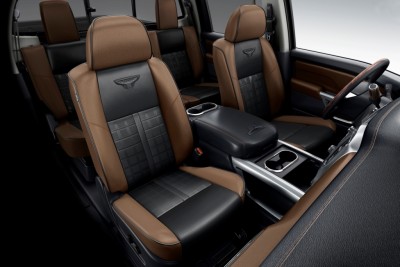 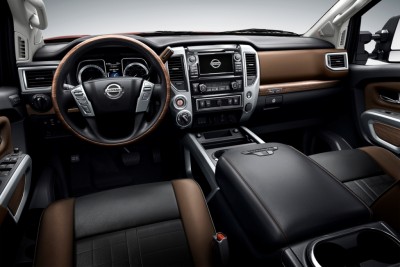 Do you think offering a diesel in the new Titan is a step in the right direction? Let us know in the comments below.