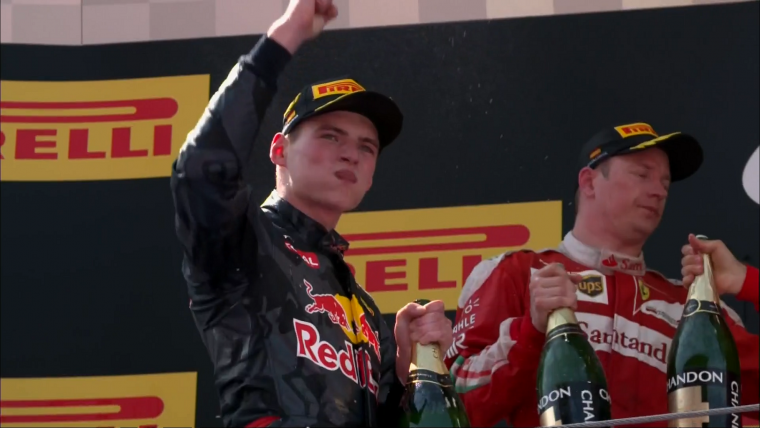 He wouldn’t be able to drink that champagne had he won at the United States Grand Prix. 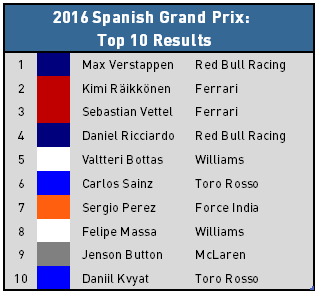 Yes, it’s happened—Max Verstappen, the 18-year old who made his controversial Formula 1 debut last year and who was racing karts just three years ago, has won the 2016 Spanish Grand Prix in Barcelona, becoming the youngest Grand Prix winner in history and the first to ever do so under the Dutch flag. Let’s take a look at how it all came together.

Following an abysmal performance at the 2016 Russian Grand Prix, Red Bull Racing announced that Kvyat would go back to its Toro Rosso sister team and swap seats with Verstappen. Most people agreed the punishment was too harsh and that it could even spell the end of Kvyat’s burgeoning Formula 1 career, but there’s reason to believe the decision had more to do with Verstappen himself than with the Russian driver.

There’s an old Formula 1 truism that every driver wants to race for Ferrari at some point in their career, and with Räikkönen and Verstappen being free agents next year, Red Bull feared the Scuderia might snatch him away. Thanks to Kvyat’s mistakes in Russia and his questionable move in China, Red Bull had the excuse it needed to promote Verstappen and keep him in the team until at least 2019. Incidentally, the timing was perfect for the young Dutchman.

Hamilton & Rosberg take each other out

There’s no doubt Verstappen is a gifted driver, but for all his talent, the conditions would have to be just right for Red Bull to even challenge for the win—specifically, Mercedes would need to somehow disappear. And that’s exactly what happened in Spain.

Hamilton started on pole, but Rosberg got the jump on him once again and took the lead into the first corner. Just a few moments later, Hamilton tried to rush on his inside, but Rosberg closed the door and Hamilton ended up on the grass, lost control, and crashed into his teammate in the braking zone.

The race stewards deemed it a racing incident with no penalties required, but there’s still a lot of debate about who holds responsibility, as a 1300-comment thread on Reddit can testify. What’s certain is that it was a disaster for Mercedes and a delight for all of those who tired of the team’s dominance.

This breaks the #1 rule of Formula 1: don’t crash into your teammate.

With Hamilton and Rosberg out of the race, it was up to Red Bull and Ferrari to pounce on the opportunity to score a win—it would be the first for Ferrari since Singapore 2015 and for Red Bull since Spa 2014. Ricciardo and Verstappen were leading Vettel and Räikkönen, in that order, but they were shuffled around after pit stops. Traditionally, the teammate in the lead has the right to the most advantageous pit strategy, but both teams wrongly believed the 3-stop strategy to be faster than the 2-stop. Theoretically, it should have been, but it didn’t account for how difficult it is to overtake in Barcelona, which the 3-stop calls for.

Once they had each completed their final stops, Räikkönen was second behind Verstappen and Ricciardo fourth behind Vettel. The Red Bull was quicker in the slow corners before the straight, where the Ferrari was faster, which meant that Räikkönen could never get close enough to Verstappen to overtake—similarly, Ricciardo couldn’t overtake Vettel despite getting close before the straight. 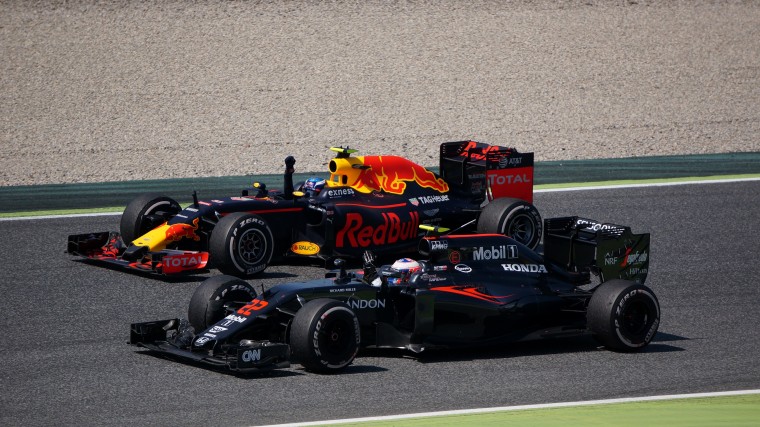 World Champion Jenson Button claps for Verstappen while ignoring the wheel of his McLaren.

Ultimately, Max Verstappen held off Räikkönen—who had raced against his father Jos Verstappen—for nearly 20 laps in an impressive display of cool-headedness, despite his age, and took his maiden win to the celebratory roar of the whole paddock. He’s the first new Grand Prix winner we’ve had since Maldonado won in 2012, also in Spain, but this time there’s little doubt it will be repeated in the future.

The next race will take place at the iconic Monaco circuit in two weeks. Let’s see if Hamilton can break Rosberg’s three-win streak on his home turf! 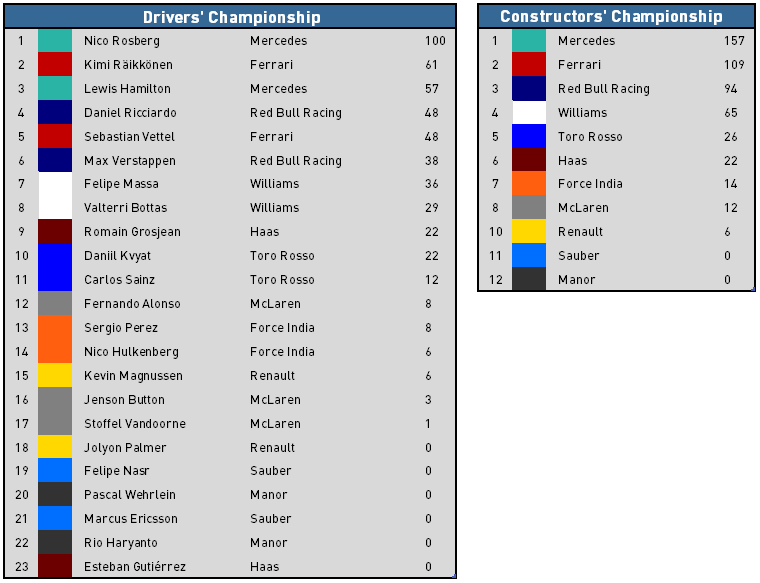