Before the Buick Cascada made its debut a year ago, it had been approximately 25 years since Buick offered a luxury convertible in the United States. To promote the car, Buick took the usual step of creating web-only videos that starred celebrity trainer Tracy Anderson and actress Ellie Kemper. The reason those videos seemed out of place is because the American automaker is famously low-key when it comes to advertising and had never aired a commercial during the Super Bowl prior to this year, but all of that changed with the new Cascada.

Dare To Compare: See for yourself how the 2017 Cascada stacks up against the 2016 version 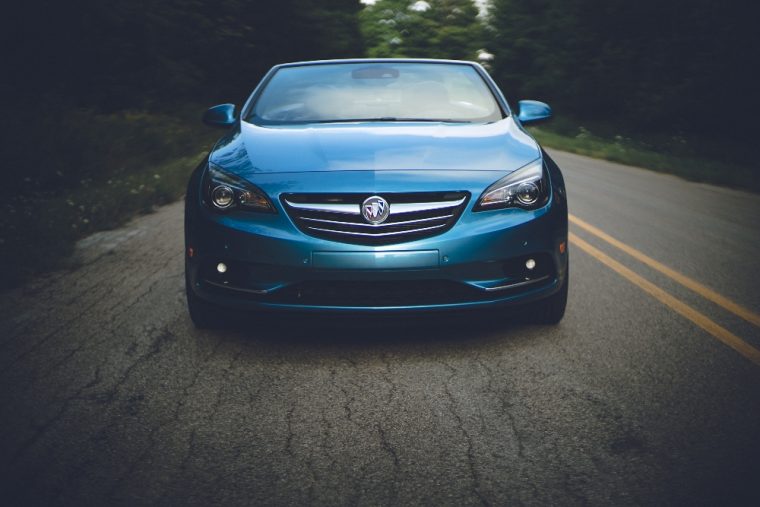 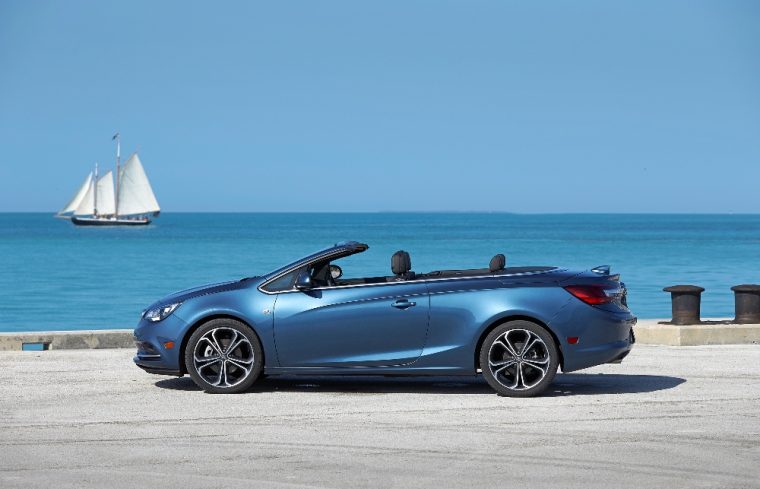 The new Buck Cascada features an elegant exterior design that includes distinctive body lines and muscular curves. A stainless steel exhaust system, chrome accents, and 20-inch alloy wheels all come standard on the new Cascada. In addition, the car’s soft top roof can be lowered in just 17 seconds and that’s even while traveling at speeds up to 30 mph. Exterior color options for the Cascada include Flip Chip Silver Metallic, Summit White, and Toasted Coconut Metallic.

Exterior available on the 2017 Buick Cascada 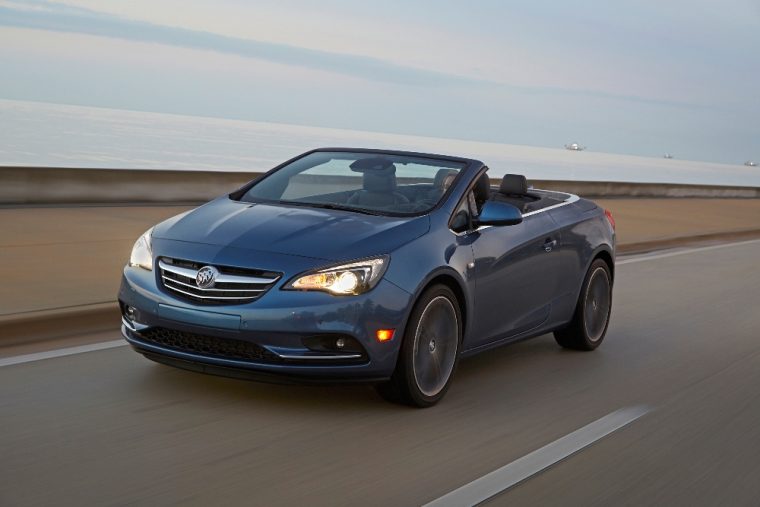 Every Buick Cascada is powered by a 1.6-liter turbocharged four-cylinder motor that’s good for 200 and 207 lb-ft of torque. That engine is paired with a six-speed automatic transmission which sends power to the car’s front wheels. It takes the Cascada 8.3 seconds to reach 60 mph from a standstill, according to Car and Driver. With that type of acceleration, it’s clear Buick’s new convertible is better suited for conservative top-down driving, which is aided by the Cascada’s unique suspension that features HiPer Strut front struts. 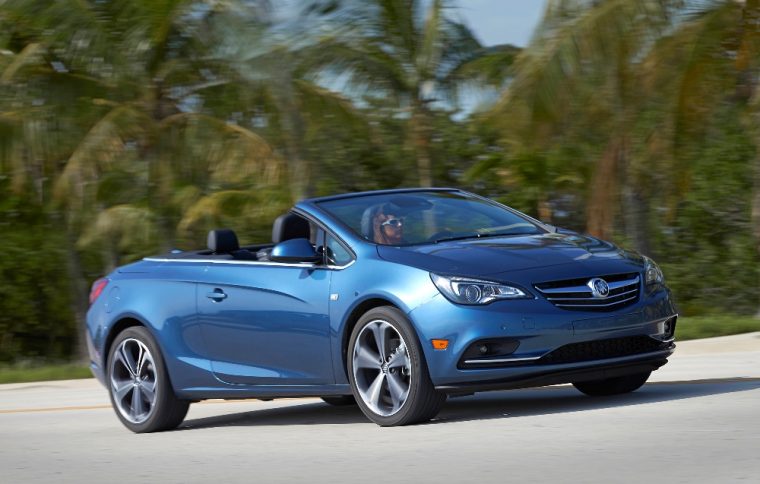 Due to the Buick Cascada’s curb weight of nearly 4,000 pounds, EPA-estimated fuel efficiency for the convertible comes in at 20 mpg in the city and 27 mpg on the highway. Those fuel economy ratings were helped made possible due to the use of direct injection and variable valve timing in the car’s turbo-four engine. Furthermore, every 2017 Buick Cascada comes standard with a 14.3-gallion fuel tank. 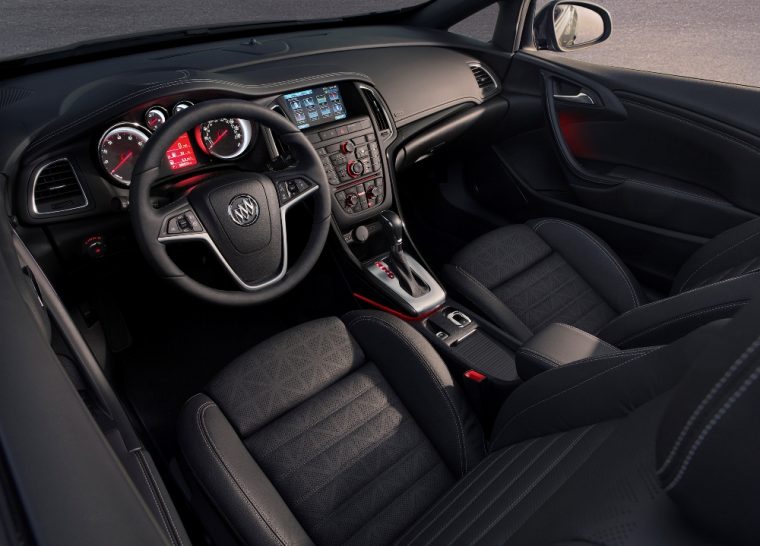 The 2017 Buick Cascada has a comfortable and spacious cabin that provides seating for up to four people. Each new Cascada features a Buick IntelliLink infotainment system with a 7-inch touchscreen, as well as dual-zone climate control and a seven-speaker sound system. In addition, drivers of the Cascada will be able to rest on a leather-upholstered front seat that also provides heating capabilities, which becomes a desirable feature during the colder months. Cargo space comes in at 9.8 cubic feet with the top down, but that number grows to 13.4 cubic feet with the top up. Furthermore, thanks to the top’s three layers of fabric, the interior of the Cascada is quiet and comfortable even during highway excursions.

Interior available on the 2017 Buick Cascada 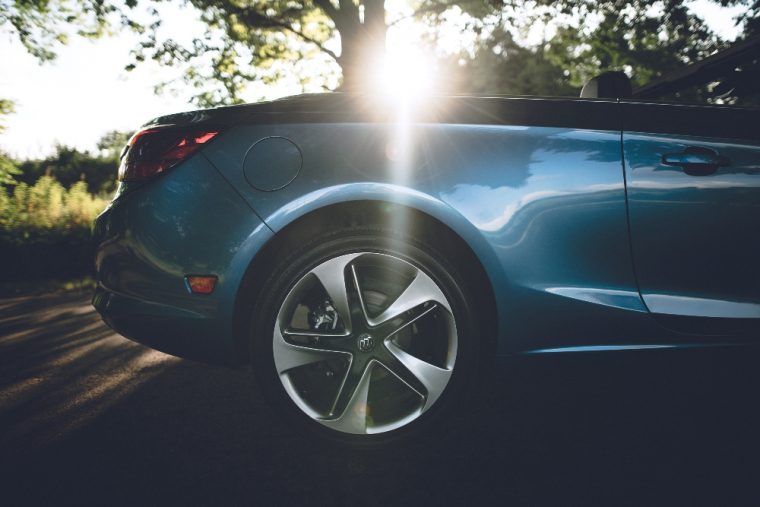