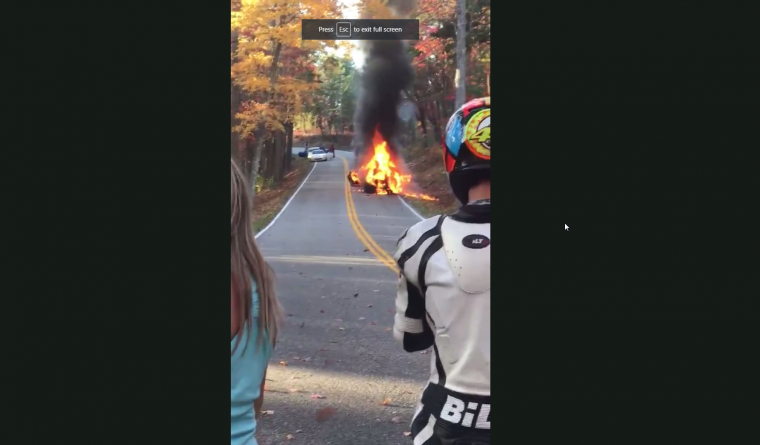 The most recent target of The Dragon’s wrath: a 2017 Nissan GT-R
Photo: knox news

U.S. Highway 129 in Knoxville, Tennessee has a scenic, though dangerously-steep-and-curvy zone known as “The Dragon.” Its latest victim was a 2017 Nissan GT-R.

The incident happened late Sunday afternoon. Apparently the owner, Sharif Abdelbaset, was headed to a driver-themed weekend festivity in North Carolina called TougeFest, as he stated on Facebook.

Who wouldn’t want to show off their GT-R at an auto event? The average model costs around $109,900. However, this version was a more expensive Nismo offering which adds $65,000 more to that price tag.

One motorcyclist, Eddie Ball, witnessed the conflagration while out riding on Sunday. When he first passed by the GT-R, it was on the side of the road where the owner likely took some picturesque photos of his pricey ride.

When Ball passed by the area again, he said he saw the vehicle in the road with flames emanating from the back: “They tried to put it out with a fire extinguisher, but the fire extinguisher they had just wasn’t big enough.”

No one was injured from the fire, thankfully, per Fire Department Captain Kermit Easterling. The cause of the fire remains unknown. 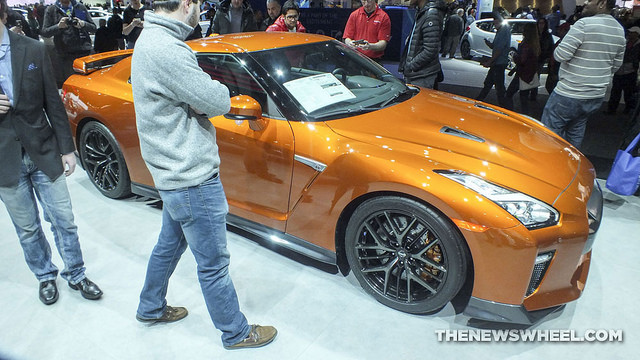 As the owner, Abdelbaset, posted on social media just before 7 p.m. Sunday, “We think it was an accumulation of leaves that started the fire up in the mountain. Thankfully nobody was injured and nothing important was lost.”

The phrase “nothing important was lost,” is an understatement for such a flashy creature whose demise the owner couldn’t help but shed a few tears over. But we commend Abdelbaset for his positive perspective on the destruction of his car, which shows a genuine prioritization of human life over even the most affluent of sleek vehicles.