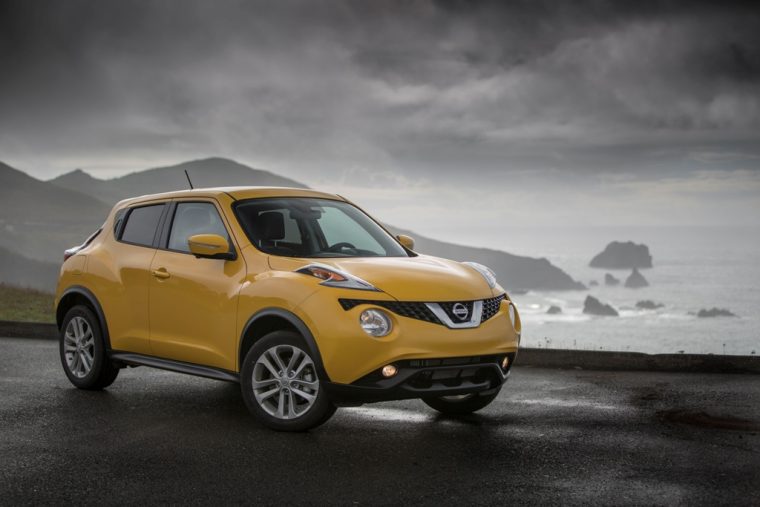 If you’re a fan of the lovable alien car known as the Nissan Juke, we have good news for you. According to CarScoops, the 2017 Nissan Juke is on sale now in dealerships around the country for shoppers who can’t wait to place their orders.

There have been a few updates for this model year, but they are fairly modest compared to the complete overhaul models like the Nissan Titan have received.  The Juke is now available with 17-inch machine alloy wheels, along with established favorites Nissan Intelligent Key, NissanConnectSM, and Bluetooth returning for this round. The Nissan Juke S, the base model, will reportedly have a starting MSRP of $20,250, or $22,550 if you opt for all-wheel drive to conquer more difficult roads or the dreaded upcoming snow season.

Under the hood, the 2017 Nissan Juke will be powered by a 1.6-liter turbo four-cylinder engine that reportedly achieves 188 horsepower and 177 lb-ft of torque. The Nissan website still shows specs and features of the 2016 model, so for more nitty-gritty details you’ll have to visit a Nissan dealership for now.

Many sources speculate that this is the last model year for the current generation of the Nissan Juke, which debuted in 2010 and was refreshed in 2014. If you are a car shopper that is wary of the first year of a new generation, it might be a good idea to buy a Nissan Juke sooner rather than later. But since this is a Nissan vehicle, you should anticipate the upcoming vehicle instead of fearing it.