2017 Nissan Sentra Gets A Price 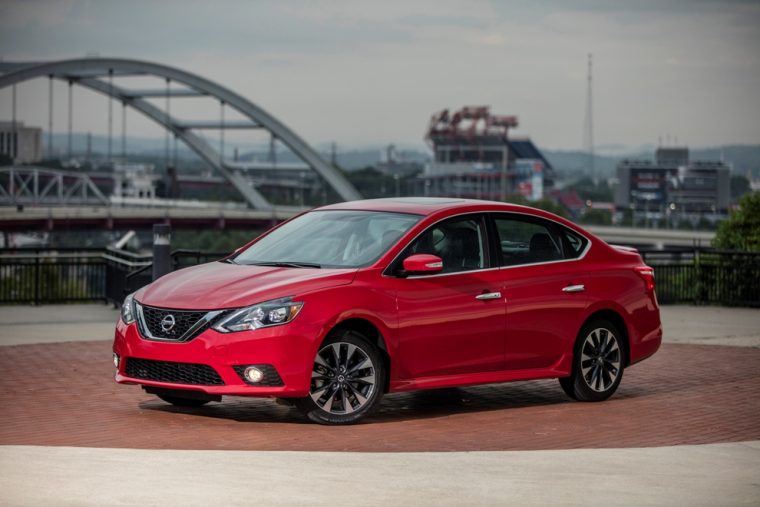 If you’ve been saving up for a new car, we’re hitting the critical part of the vehicle sales year where many manufacturers are switching to the next model year of production. Dealerships want the newest models on the lot, which means there could be markdowns for vehicles in the 2016 model year, but is it worth the extra cost to purchase the latest and greatest model in the 2017 year instead?

In the case of the Nissan Sentra, it could be the best idea to go for the gold with the 2017 model, especially if you are looking for a sportier sedan. The 2017 Nissan Sentra base model will have an affordable starting MSRP of  $16,990. The model you should seriously consider, though, is the new Sentra SR Turbo performance model, which is sure to turn any drive into an adventure.

According to Nissan, the Nissan Sentra SR Turbo is powered by a 1.6-liter direct injection gasoline turbocharged engine that bumps the vehicle’s power up to 188 horsepower and 177 lb-ft of torque, up 64 horsepower and 52 more lb-ft of torque than the 2017 Nissan Sentra SR. The SR Turbo is also loaded with a manual transmission for sporty shifting, and enhancements were made to the steering, brakes, and suspension to handle the increased power.

Drink it Up: Celebrate the end of summer with some refreshing lemonade

If you are thinking of saving up for the new Sentra SR Turbo, it will reportedly have a starting MSRP of $21,990. Both vehicles are expected to arrive in showrooms very soon if you would like to speak to a dealership about each trim’s offerings and decide which is right for you.