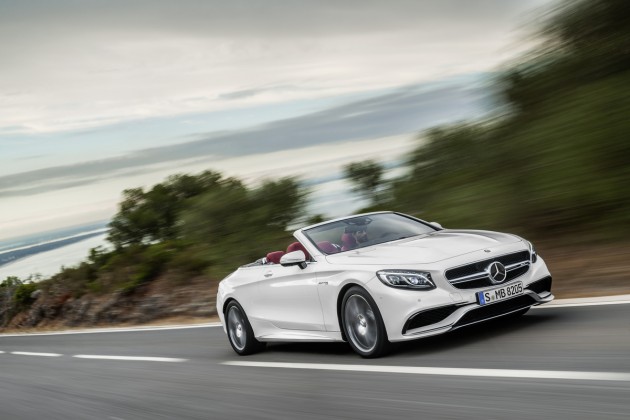 Yesterday, Mercedes-Benz announced a successful month of sales (31,250 units, up 3.2% over August of last year), but the good news of its high sales figures was quickly drowned out by even bigger news: we’re finally getting the 2017 Mercedes-Benz S-Class Cabriolet, which will be the brand’s first open-top flagship four-seater in 44 years. 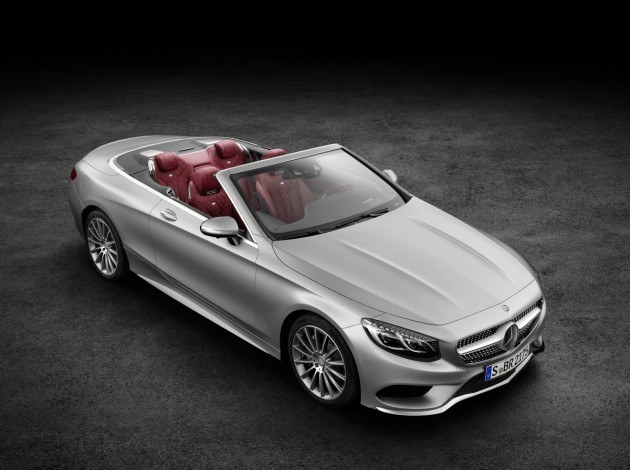 The S-Class Cabriolet will hit dealerships late next spring

The S-Class Cabriolet will be offered in two trims: the S550 and the S63 AMG. The former will be powered by a 4.7-liter twin-turbocharged V8 that doles out 449 horsepower and 516 lb-ft of torque. That V8 will be paired with a nine-speed automatic gearbox. Alternatively, the S63 AMG will take its power from a 5.5-liter V8 biturbo engine that lays down 577 horsepower and 664 lb-ft of torque. The AMG SPEEDSHIFT seven-speed automatic tranny works with the engine to take the S63 AMG from 0 to 60 in just 3.9 seconds. 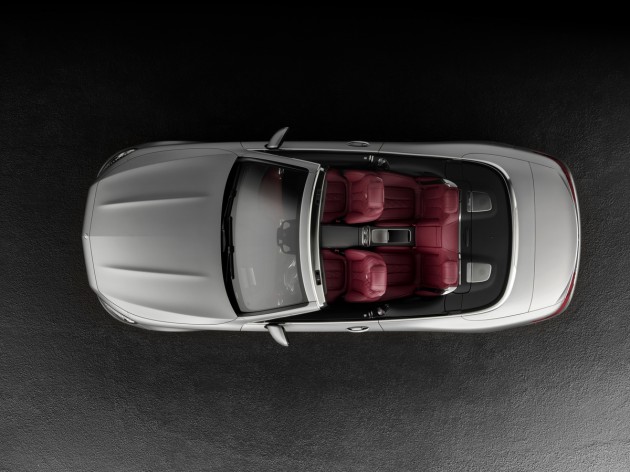 Mercedes has managed to keep the cabriolet’s weight the same as the coupe with an aluminum and magnesium luggage compartment bulkhead and an aluminum rear floor. EPA estimates are not available, but thanks to this reduced weight, plus a 0.29 drag co-efficiency, anticipate numbers to be slightly better than you’d first expect. 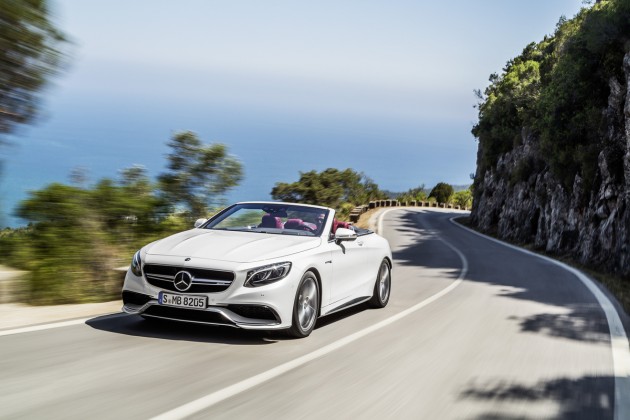 The cabriolet will actually weigh the same as the coupe

What you won’t expect is how advanced the S-Class is in terms of creature comforts. It’s packed with stuff you didn’t even know you needed, like the AIRSCARF neck-level heating system, which uses vents and a heated headrest to make sure the occupants’ heads don’t get too cold with the top down. Drivers can also keep things smelling fresh with the standard AIR-BALANCE package that has its own signature fragrance (PACIFIC MOOD) and ionization. It also cleans the air using a charcoal filter. 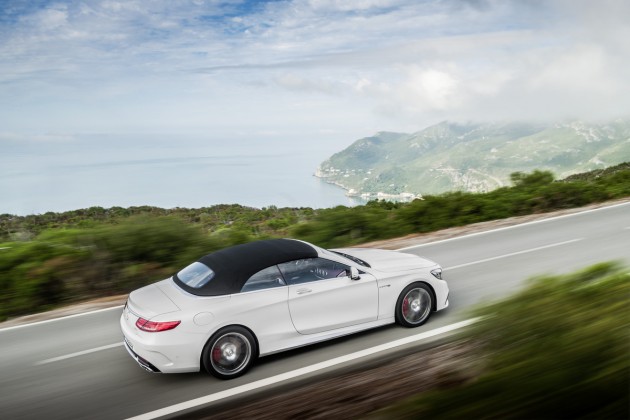 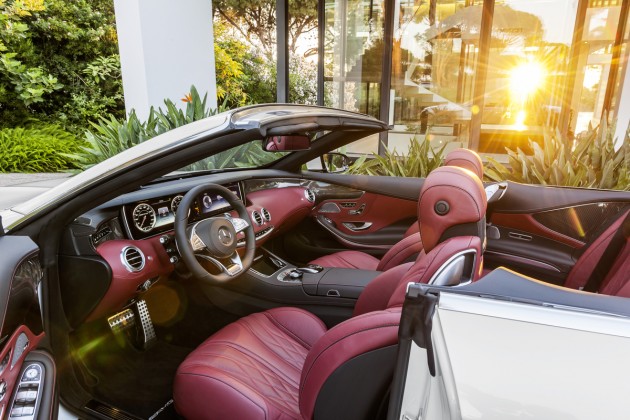