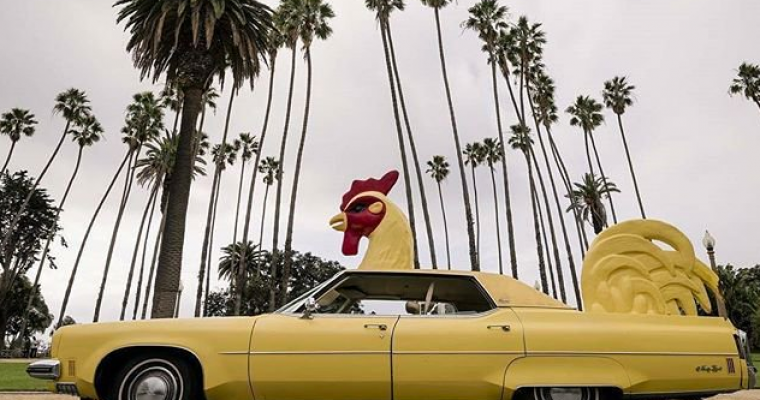 September marks that weird lull period between two holidays. Labor Day has long passed and Halloween seems so far away. You might think that there’s nothing worth celebrating about September, but you’d be wrong. It’s Chicken Month, as Holiday Insights confirms. To pay homage to this month-long celebration of this bird, here’s a random story about […]

Electric Car History: The Early Oldsmobile Electrics That Almost Were 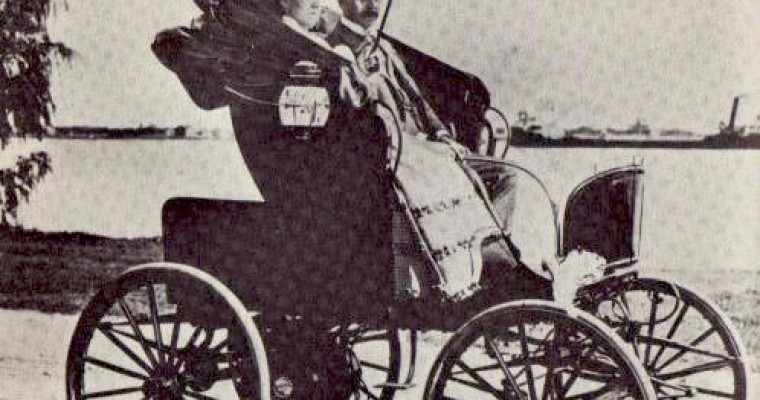 You know what’s fun? Electric car history. For example, did you know that Oldsmobile, the long-time General Motors brand founded in 1897, almost staked its existence just on electric vehicles? More GM History: Do you know the history of the Chevy Colorado? The Olds Motor Vehicle Company kicked off in August, 1897, as founder Ransom […] 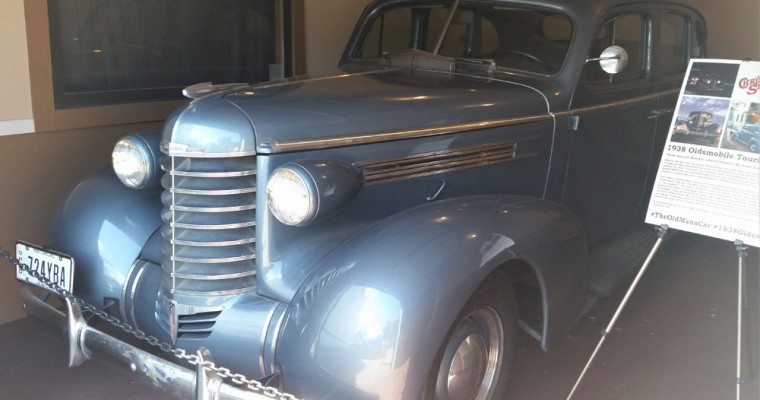 "Some men are Baptists, others Catholics. My father was an Oldsmobile man."

Everyone has their favorite Christmas movie, and for many people, that film is A Christmas Story. The 1983 adaptation of the writings of Jean Shepherd has become a beloved (though admittedly over-commercialized) staple of yuletide entertainment. So many scenes of it feel like they can be taken directly from our childhoods. One of the aspects of […] 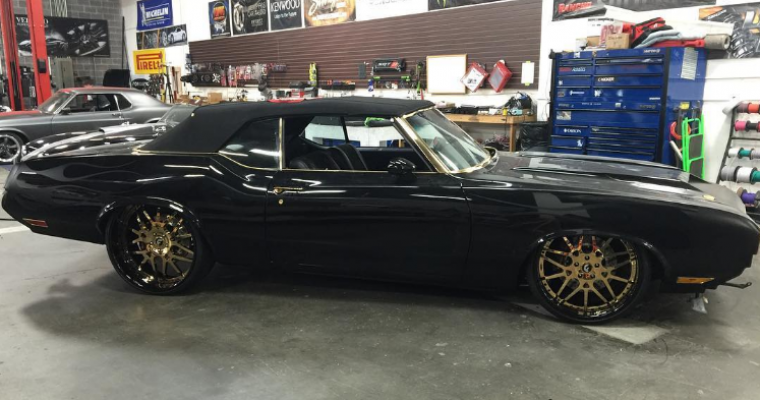 A photo posted by Monster Customs (@monstercustomsatl) on Apr 29, 2016 at 10:32am PDT Carolina Panthers quarterback Cam Newton was understandably disappointed after losing Super Bowl 50 to the Denver Broncos, so he spent this off-season customizing some of his unique cars to get his mind away from the game. Looking For A New Car? […] 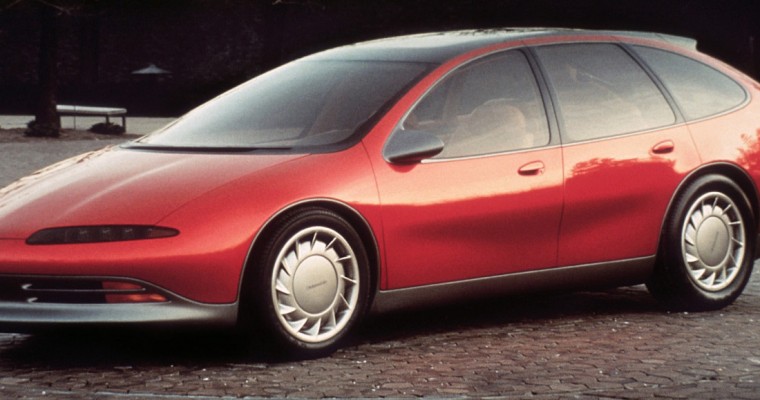 Every once in a while, an automaker comes along with a concept that is so putrid, so puerile, so profoundly and preposterously poopy that one simply can’t help but cock one’s head to one side, scratch one’s own chin, and say, “One, one kind of needs this car.” Such a car was the Oldsmobile Expression […]

Behind the Badge: Mystery of the Missing Oldsmobile Logo! 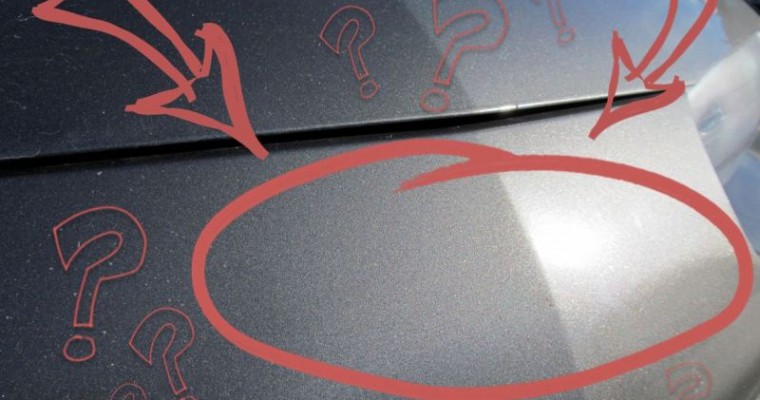 Oldsmobile has the most intriguing story behind its logo compared to any other auto brand. It’s tied heavily to the company’s history, its innovations, and its last-minute attempt at rebirth. The defunct automaker’s 100-year legacy can be traced through its drastically-changing logos. However, all traces of the automaker’s final logo is strangely absent from its models. Can this baffling […] 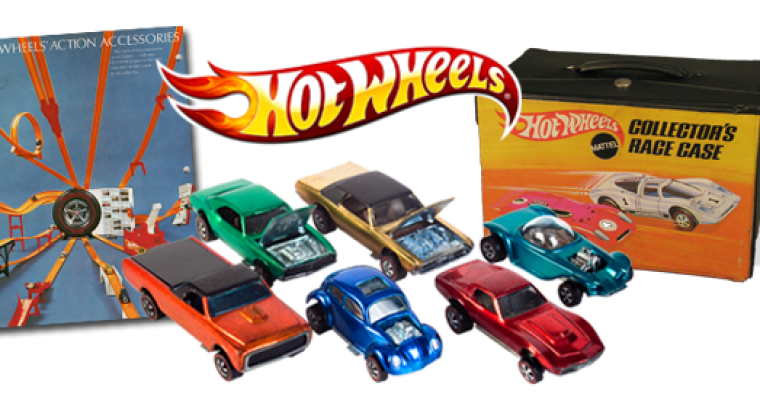 Though collecting Hot Wheels cars is a common pastime for many car-loving toy enthusiasts, not everyone can boast that their collection includes a rare car worth the price of two Chevy Corvettes. But celebrity toy collector Joel Magee from “Pawn Stars” can. He recently discovered that a Hot Wheels Camaro in his possession was worth […]

Vehicular Viewing: New on Netflix, Amazon, and Hulu for November 2019

November ushers in a diverse lineup of new releases on the three major streaming sites. If you’re into cars, here are the movies and TV shows you’ll want to catch next month on Netflix, Amazon Prime, and Hulu. Seasonal Maintenance Tips: Car service advice for every time of the year Netflix Drive (11/1) As you […] 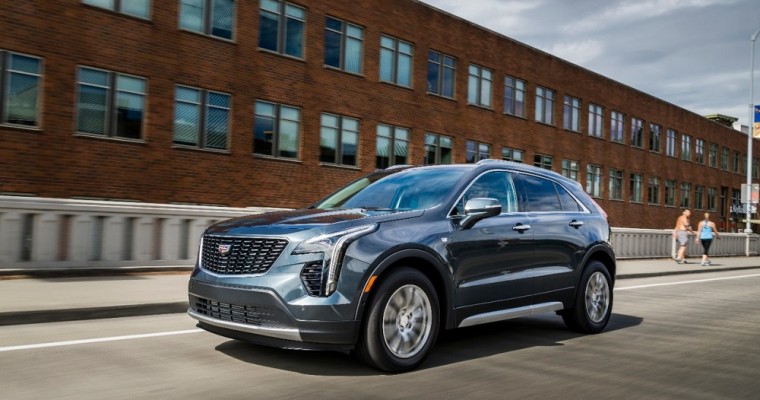 Cars are full of features that most drivers take for granted. But, back in the day, features like self-dipping lights, turbocharging, and an automatic transmission were innovations, forever-changing the way cars were made and driven. Responsible for these notable innovations was an automaker that’s still in the game today — General Motors. Learn More: GM […]

Vehicular Viewing: New on Netflix, Amazon, and Hulu for September 2019

Buckle up for The News Wheel’s latest review of notable vehicle-centric movies and TV shows coming to the three major streaming services. September’s selections include yet another Netflix car show, a fun kid’s movie, and a couple of classic movies. Why Buy Buick? A look at some of the luxury brand’s best features Netflix Turbo […]

Have You Heard of the Euclid Beach Rocket Cars? 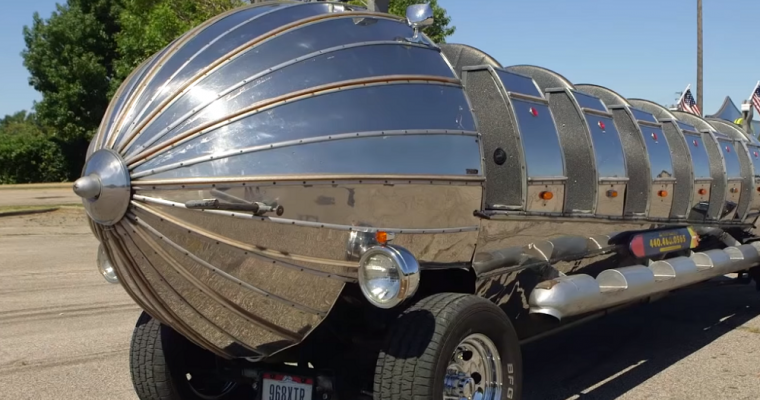 Up until 1969, you could visit the Euclid Beach Amusement Park and climb aboard its swinging space rocket ride. Suspended by cables in the front and back of the rocket ship, riders would swing in a circle around a post, with the crisp Cleveland air blowing in their faces. Unfortunately, the rocket ride did come […] 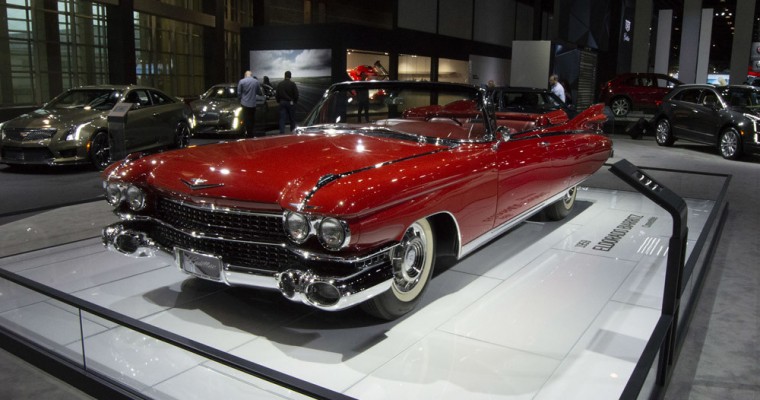 Cadillac has always been known for its high-end luxury vehicles. One of the American automaker’s most popular nameplates over the years was the Eldorado. The Cadillac Eldorado made its debut in 1952 as a ’53 model. Its name came from an internal contest at GM to celebrate its 50th anniversary. The name Eldorado was pitched […] 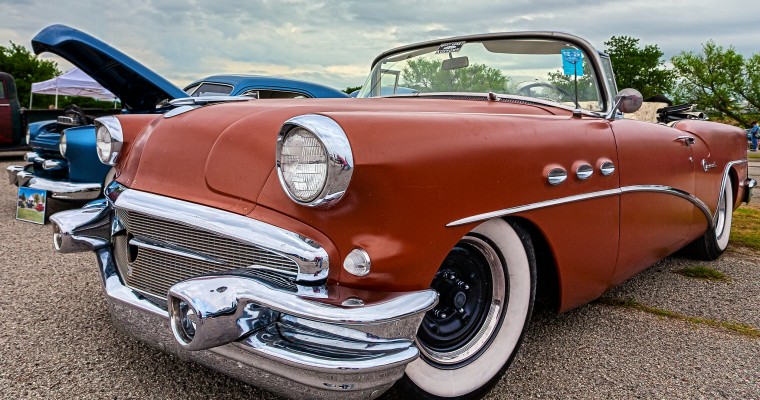 Buick’s history in the automotive industry dates back to 1899 when the industry was still emerging. It wasn’t until 1904 that the automaker made its first vehicle for sale to the public. The Buick Special (also known as the Series 40) was introduced in 1934 as a full-size entry-level car. It was part of new […]

Buick to the Future: The First Touch Screen Infotainment System 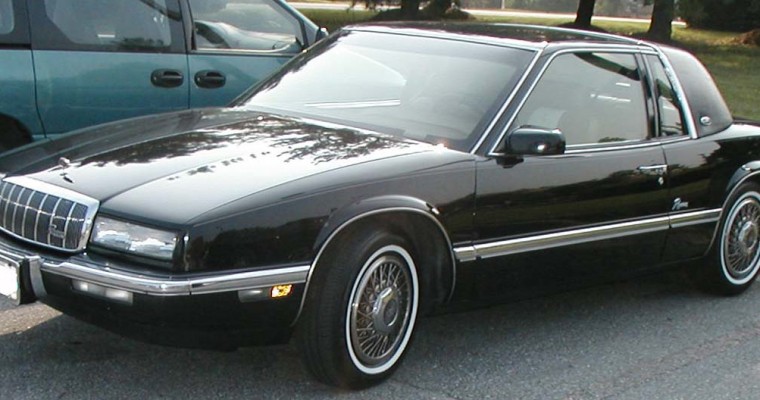 Touch screens and infotainment systems probably seem like relatively recent automotive innovations — but Buick first integrated them back when the NES was a cutting-edge game console and Top Gun was playing in theaters. Check Out: New Buick models That’s right — in 1986, the Buick Riviera became the first production car to have a […] 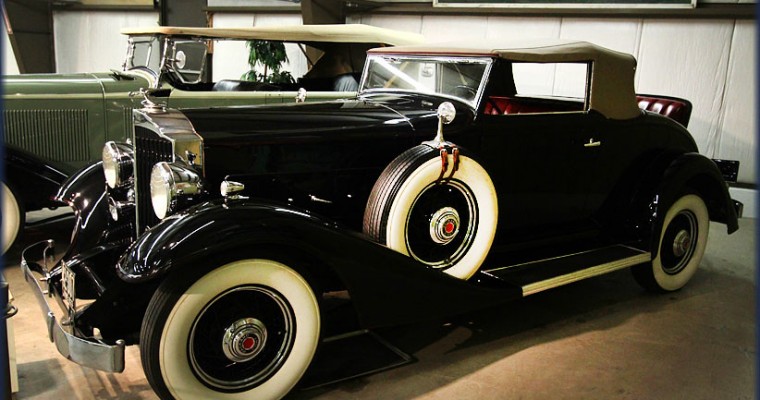 Visitors flock to Maine for its fresh lobster, diverse landscapes, and beautiful lighthouses and beaches. Among all that nature you will also find several car museums scattered through the Pine Tree State, including the following four. Stanley Museum The Stanley family is famous for the invention of the Stanley Steamer steam car. The Stanley Museum […] 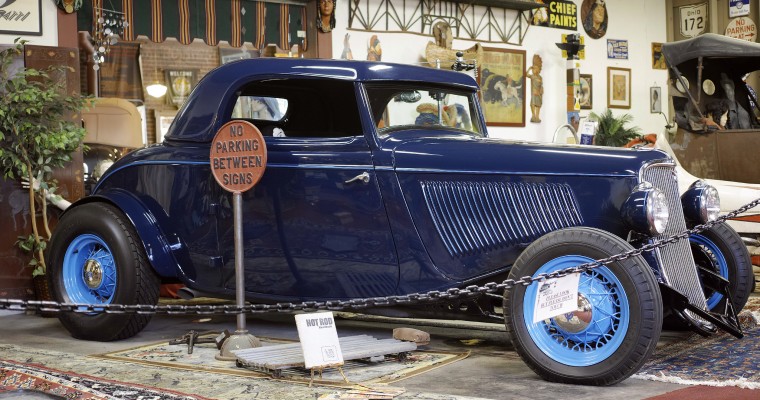 While Detroit gets most of the glory for being the home of historic American automakers like Buick and Chevrolet, neighboring Ohio has plenty of car history of its own. Cleveland native Alexander Winton invented the first “horseless carriage,” which was the predecessor to the modern automobile. Dayton, Ohio, was home to inventors such as Charles […]

Did Mister Rogers’ Car Get Stolen and Returned? 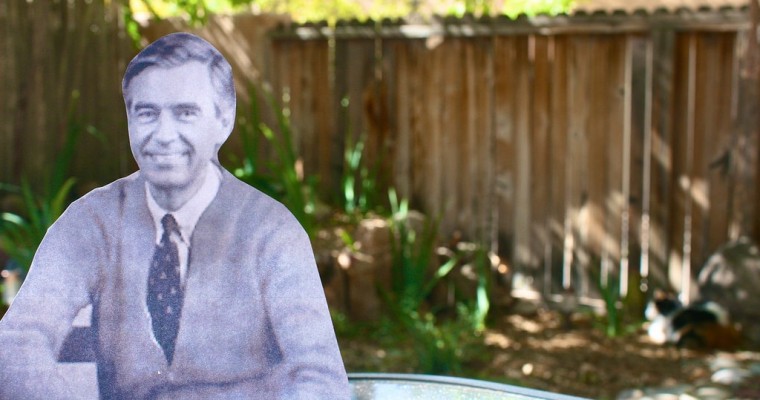 Even a Beautiful Day in the Neighborhood Can Include Car Theft

While his 91st birthday yesterday marks more than 16 years since his death, Fred Rogers still gives us all the feels here at The News Wheel. I remember watching his television series “Mister Rogers’ Neighborhood” growing up, and its make-believe atmosphere reminded me many times that I am special and not alone. One thing […] 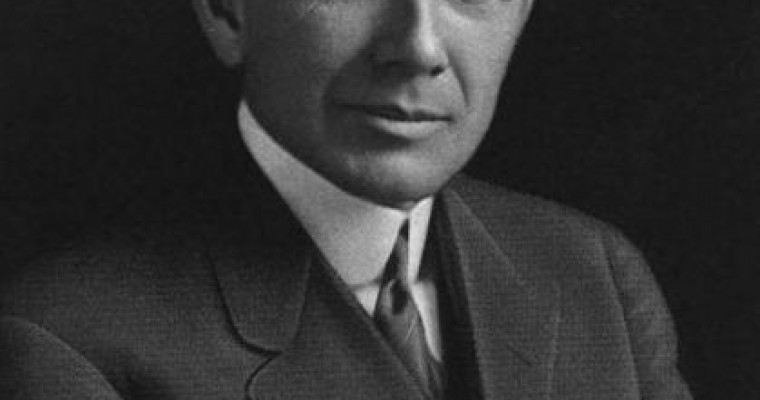 GM Technical Center in Warren, MichiganGeneral Motors is one of the largest automakers in the U.S., with big name brands like Chevy, Buick, GMC, and Cadillac under its umbrella. But how did GM get its start, and how did it become such an automotive icon? Why Buick? Reasons to buy the a luxury model How […]