A Beginner’s Guide to Monster Trucks 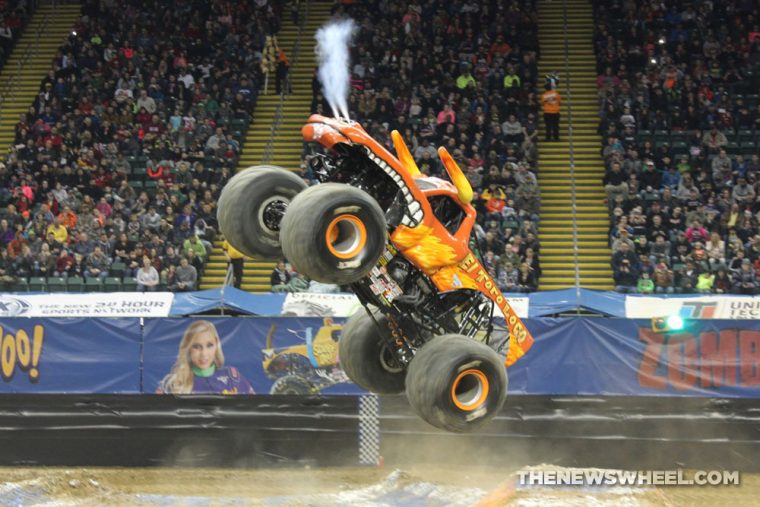 You’ve probably seen advertisements for monster truck shows on television, but unless your dad took you to a show when you were young, you’re probably not too familiar with monster trucks. These highly-customized vehicles with over-sized tires have a reputation for their destruction, but there’s a lot more to them than crushing cars.

Here are some commonly asked questions about monster trucks to give you the basics of the monstrous motorsport.

Your FAQ Guide to Monster Trucks

What Is a Monster Truck?

Monster trucks are vehicles resembling pickup trucks with gigantic wheels which are owned by teams and piloted by professional drivers in competitive shows. These trucks typically exceed 10 feet in height and 12 feet in length, weighing 9,000-12,500 pounds.

What Are Monster Trucks Constructed of?

Is This the Same as a Pro Arena Truck?

While pro arena trucks (aka Tuff Trucks) are also raced in indoor, off-road arenas like monster trucks, they are actual modified trucks and sport utility vehicles. They can be sometimes seen as side attractions at monster truck shows, competing in jump and turn tracks that don’t involve flips or car-crushing. Understand common terms related to monster trucks… 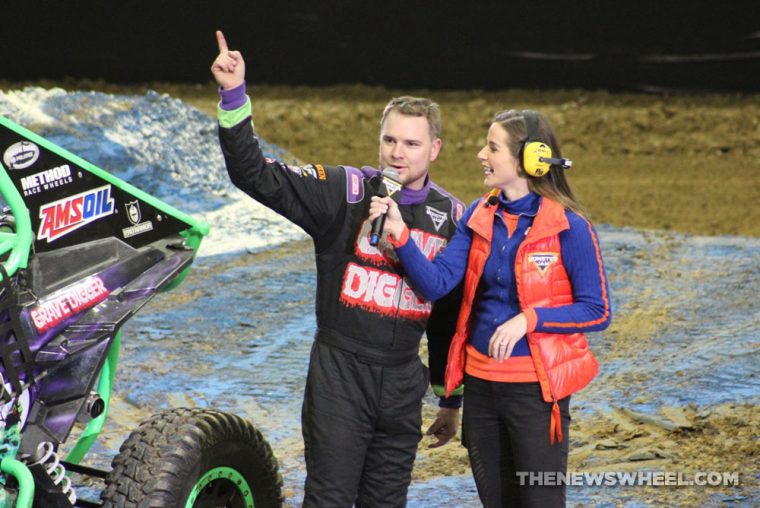 The current driver of the legendary Grave Digger truck being interviewed

How Do Monster Trucks Compete?

Monster trucks are ran through indoor Motocross-style dirt courses that feature a variety of terrains and obstacles. Competing vehicles are driven through the track and judged based on completion time or in head-to-head elimination runs. Shows now also include freestyle events, in which drivers attempt trick moves like donuts, slap wheelies, flips, and vehicle crushing. They are awarded points based on their moves and execution. Learn more about how the trucks are scored…

How Did Monster Truck Shows Begin?

In the 1970s, drastically modified, lifted pickup trucks gained national popularity at competitive performance events. Bob Chandler’s Bigfoot is considered arguably the sport’s pioneer , being the first truck to crush other cars by driving over them. This act eventually was done for crowds and became a national sensation, as organizations were formed to regulate and promote the shows. Now, monster trucks are original, unique vehicles built exclusively for touring competitive shows. Learn more about the origin of monster truck motorsports…

Which Have Been the Most Popular Monster Trucks?

The two most famous monster trucks are Bigfoot and Grave Digger—the latter still competing in national touring shows. El Toro Loco is known for its giant horns. Snake Bite was the first “character” truck. Recognizable trucks licensed off popular franchises include Batman, Jurassic Attack, and Donkey Kong. Other audience favorites include Blue Thunder, Zombie, and Maximum Destruction. Learn the history of the most famous monster truck…

What to Expect at a Monster Truck Show?

The best way to see monster trucks in action is at a Monster Jam show, whose name has become synonymous with the motorsport. Monster Jam is owned by Feld Entertainment, which also owns Ringling Bros. and Barnum & Bailey, Marvel Universe LIVE!, Disney On Ice, and Disney Live!.

Spectators purchase tickets for designated seats in an indoor arena. For the show, the field is covered in dirt and obstacles to create a racing course. Sponsored, team-operated monster trucks compete in side-by-side races and freestyle events. Shows sometimes include opportunities to meet drivers and the trucks before the show.

The Roar of…? Identifying what that noise your car is making means