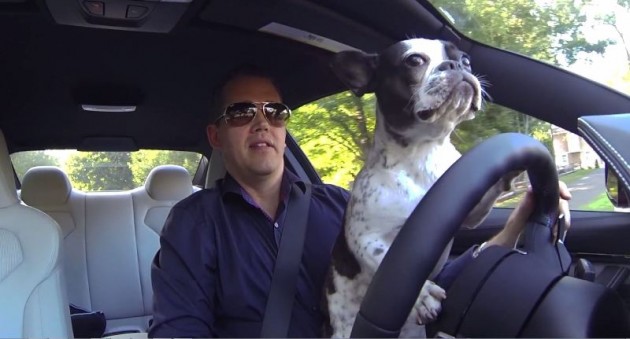 While the internet is saturated with feline celebrities (our favorites being Grumpy Cat and Lil BUB), few canine superstars have made their mark on the web. But that might be changing soon.

Auto enthusiast Nick Murray has a contender for the most adorable dog on YouTube. Every couple months, Nick releases a video featuring his adorable French bulldog named Tui. This time, the French bulldog gets behind the wheel of a BMW M4 and shows us humans how it’s done.

Even if you’re not a fan of dogs, you have to watch this video below. 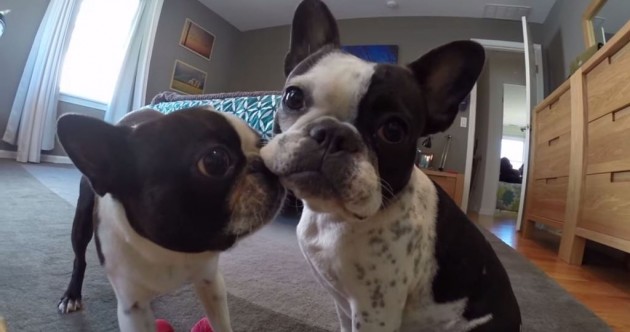 YouTube personality Nick Murray reviews cars, aircraft, cameras–basically whatever he wants. His vehicle reviews typically feature performance vehicle brands like VW, Audi, and BMW. He became popular for his sarcastic videos reviewing the multitude of problems with his specially-ordered Porsche 911 back in 2014.

Nick’s videos sometimes feature a guest driver that other run-of-the-mill video reviews don’t: Tui, his French bulldog. Tui can be seen on Nick Murray’s YouTube channel doing everything from getting the hiccups to enthusiastically playing with a bug.

After being taught to drive a couple months ago, the lovable pup developed a love of fast cars and recently got the chance to drive Nick’s BMW M4. The pint-sized canine remains calm and collected while controlling the steering wheel, though we’re not sure how he’s pressing the pedals.

We think Tui is a lot cuter than those Subaru dogs, but that’s just our opinion. See if you agree by watching the video below: