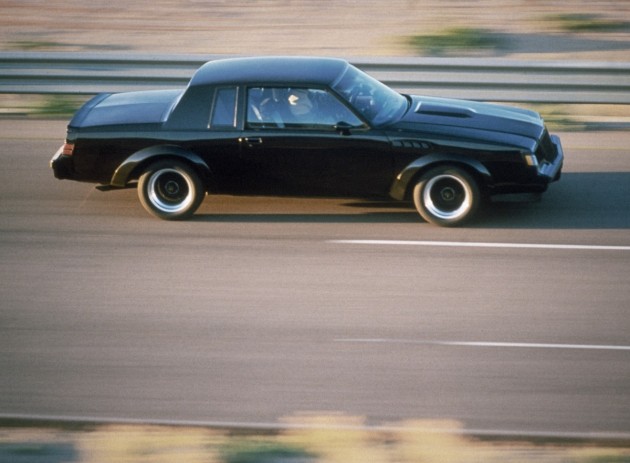 As it stands, the 1987 Buick GNX is the last GNX you’ll ever see
Photo: © General Motors

At a special event held in a dingy conference room at the Best Western Convention Center Hotel a couple of blocks away from the Jacob K. Javitz Center in New York, Buick-GMC US Vice President Duncan Aldred announced that GM will not reveal a Buick GNX Concept at the New York Auto Show, which will definitely not lead to a 2016 Buick GNX for the masses.

“It’s not happening. At least not any time soon,” said Aldred between quick (and obnoxiously loud) pulls from a Thermos of coffee. “I don’t get it either. It’s been 30 years since we’ve explored making another one, and there’s a lot of demand for it as best we can tell, but no.”

The GNX was an extremely popular and powerful variation of the Buick Regal Grand National, which itself was quite popular during its limited run in the 1980s. The Grand National Experimental, released in 1987 in a run of only 547 units, was fixed up by McLaren Performance Technologies to achieve around 276 horsepower and 360 lb-ft of torque. To this day, the GNX is one of the most highly-sought-after vehicles on the secondary market.

“We could seriously make a lot of money if we just made another 500 of these things. Hell, we could even keep the retro look and all. We wouldn’t even need to plug in a touch screen. Just make it like it’s straight outta ’87, price it somewhere north of $50,000, and literally roll around in money,” said Aldred whilst making a circular motion with his pointer finger.

Alrdred wrapped up the press conference by alluding to some special edition Tuscan, loudly grunting the word “meh,” and asking if anyone wanted to join him at Clyde Frazier’s Wine & Dine.

“I hear the maple glazed mahi-mahi with winter succotash is just to die for,” said Aldred alluringly while playfully elbowing the person closest to him in the ribs. “I know you wanna pay $15 for a classic mac and cheese.”