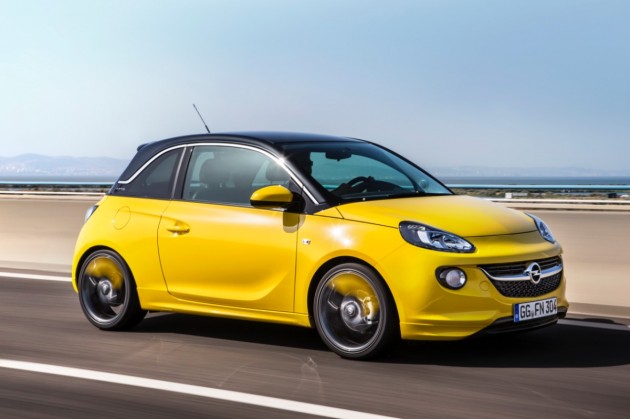 With the launch of the 2016 Buick Cascada convertible, another European General Motors model makes the leap stateside. According to a report from Automotive News, the next overseas model being considered for a Buick tri-shield badge is none other than the incredibly fun Opel Adam.

Duncan Aldred, GMC-Buick US VP, told Auto News that he wants to fast-track it into Buick’s lineup “sooner than later,” noting that he believes firmly that it would be a stunner in the States.

The only problem is that the current-gen Adam was not engineered for the United States, meaning that converting it to meet US standards could prove too costly. Aldred insinuated, however, that the next-gen Adam could very well be built with an eventual leap across the Atlantic in mind.

Following the current product cycle, the Opel Adam would be due for a new generation in 2018. This means there’s a good long while to wait before it makes its way here, but given the sudden appearance of the Avenir Concept, Buick may just be quietly fast-tracking this one with the intention of surprising us all once again at a future auto show.