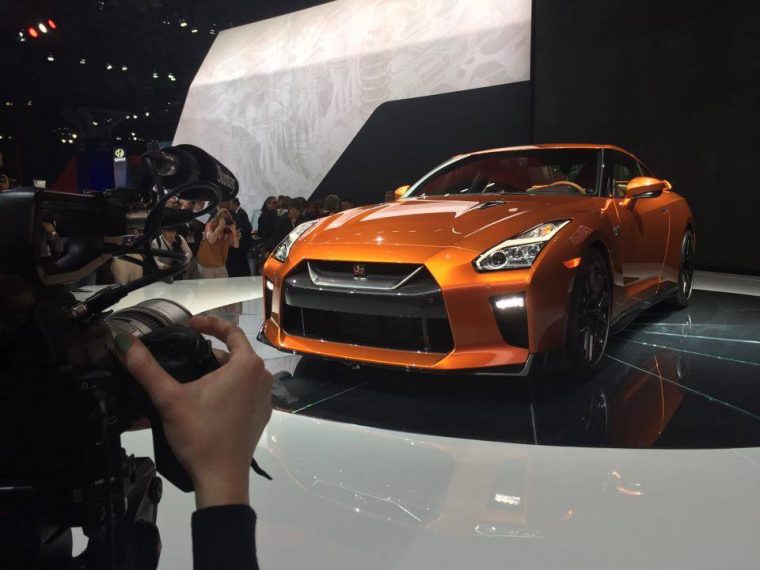 After months of anticipation and teasing from Nissan, the 2017 Nissan GT-R has finally been revealed to the world at the New York International Auto Show. The automaker claims that this is the most significant refresh since the car first bowed in 2007, but to our eyes it still has the comfortingly familiar shape and style of the Nissan GT-R vehicles that came before.

Nissan stated that it looked at five key parts of the GT-R when working on the refreshed model. These were the interior refinement, exterior design, advanced technology, driving performance, and ride comfort. Which really begs the question of what didn’t Nissan tweak in this new car?

On the exterior, the Nissan GT-R has been given the V-motion grille common on the other vehicles in the Nissan lineup, but it is slightly enlarged to allow better air intake. The hood has also been re-shaped, and the 2017 GT-R will add a new exterior paint color called Blaze Metallic, which is the shade of burnt orange that was shown off at the big reveal. New leather interiors have been added to the vehicle, and instead of 27 buttons to control the vehicle there are only 11 with a larger touch screen. 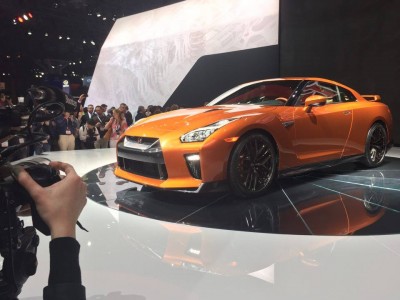 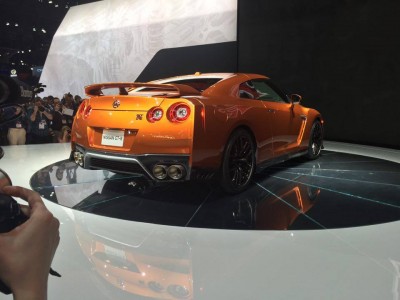 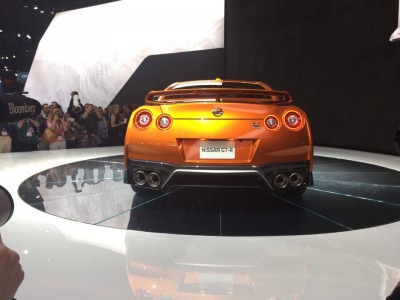 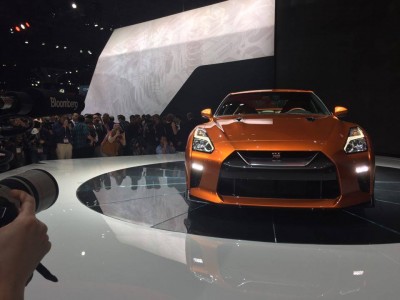 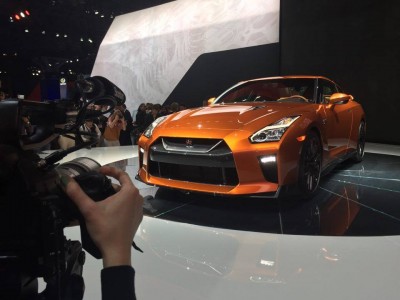 Under the hood is what we all want to know about, though. The vehicle has gained 20 hp from its previous generation, bringing the GT-R up to 565 hp. The Titanium exhaust system uses Active Sound Enhancement and Active Noise Cancellation to both quiet road noise while still allowing “excitement during spirited driving,” which we all know means that you’ll be able to hear the engine roar.

For 2017, the Nissan GT-R will have four grade levels, and the first of those is the GT-R Premium. The Premium is expected to hit dealerships this summer, but no word yet on the other trim levels and their delivery estimates.