Are the Rumors of a Buick Regal Wagon True? 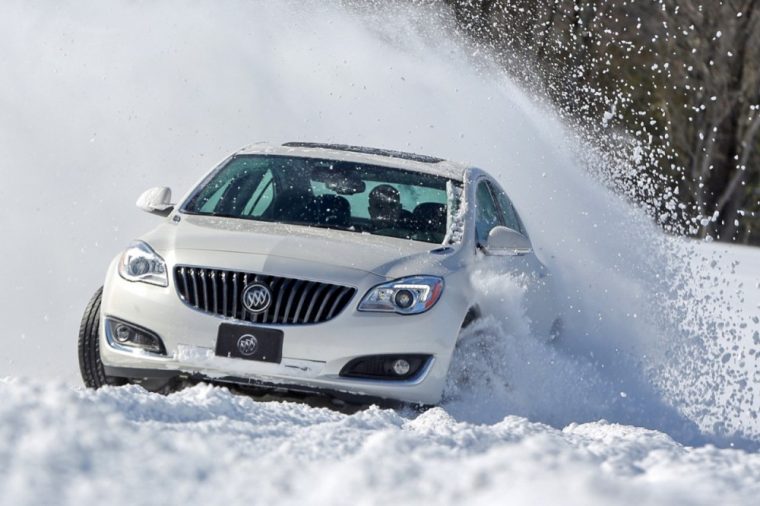 The tail of this ’16 Buick Regal could be looking very different sooner than later
Photo: © General Motors

General Motors has not offered a wagon in its lineup since the company discontinued the Cadillac CTS-V Wagon back in 2014, but all that could soon change if a report from GM Inside News turns out to be true.

According to forum contributor 97GreenRS, at a recent Buick-GMC dealer meeting held in Austin, Texas, dealers were shown the 2018 Buick Enclave, 2018 GMC Terrain, and the 2018 Buick Regal. After that, the announcement was reportedly made that the ‘18 Regal would become available as a wagon model for the first time in the vehicle’s history.

In Europe, the Opel brand sells its own version of the Buick Regal, which it calls the Insignia and it is offered as a four-door sedan, five-door liftback, and in station wagon form. Engineers were also seen testing an Opel Insignia wagon in the US back in 2012, but Buick never acted on providing a Regal wagon to the US market.

No pictures have been released of the rumored Regal wagon and no powertrain information has been given, but AutoBlog previously reported GM’s trademark filing for “Tourx” and “Regal Tourx,” with those two terms suggesting a long roof and all-wheel drive Regal.

With the expectation that 70% of Buick’s total sales will soon come from SUVs and crossvers, it could be surprising for some people that Buick is reportedly considering a Regal wagon, especially with its recent announcement the Verano sedan will be phased out after 2017, but Buick has shown its readiness to shake things up recently by airing its first ever Super Bowl commercial back in February and for stealing the show earlier this year in Detroit with its award-winning Buick Avista concept.

The new-generation Buick Regal is expected to make its public debut at the 2017 Detroit Auto Show.

Buick has yet to officially confirm or deny the rumors about the possible Regal Wagon.